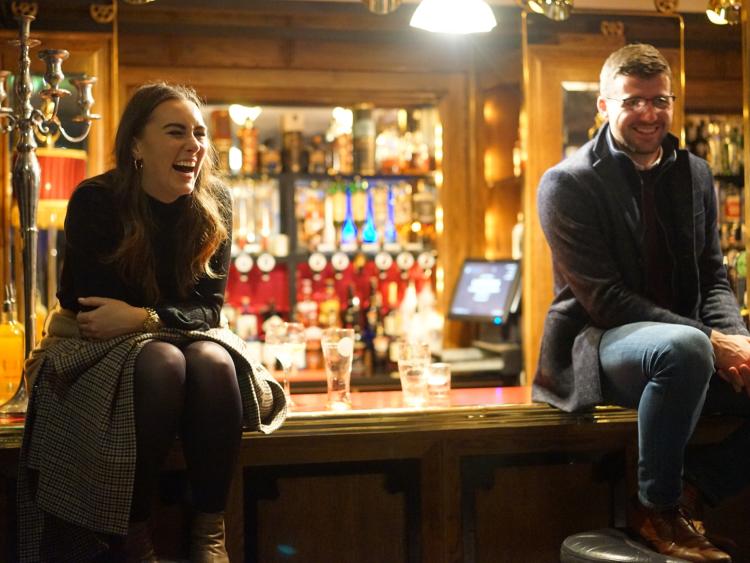 Rebecca Cleere and Martin Gaffney at a Kilkenomics gig in The Set Theatre, Kilkenny on Saturday night Photo: Alina Kisina

Kilkenny city enjoyed another bumper weekend thanks to the economic/comic festival that is Kilkenomics.

Hotels, guest houses, restaurants and pubs were full of festival goers who were in the city for what has become a huge weekend for business.

Many of the shows were sold out and all venues recorded a dramatic increase in audiences across the four days,  from Thursday to Sunday.

However the news from the economists wasn't good. There is, we were told a seismic, global event coming, whether its civic unrest of a violent war is unclear but the consensus is that we get one every 90 years or so.

Festival co-founder, David McWilliams raised the issue that if another financial crisis was to hit Ireland the public would not stand for the government of the day bailing out the banks and paying the bond holders. He told the final sow of the weekend in The Set Theatre, that there would be a possibility, that in a major recession,  money could be helicoptered' in by the government, in other words cash would be put straight into people's  bank accounts (accounting for around 5% of their wages).

Next year will mark the 10th anniversary of the festival and already the Bank of England, chief economist, Andrew G. Haldane, FAcSS has been confirmed as a participant.