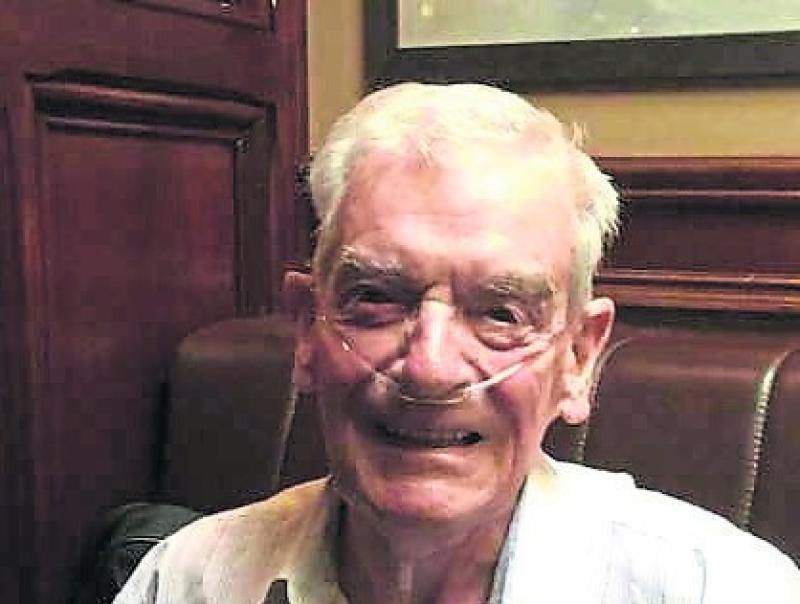 It was a great shock to his family, friends and neighbours when the unexpected death of Tom Coyne, Larchfield, Kilkenny, became known.
Tom had been in his beloved Home Rule Club enjoying a pint a couple of hours prior to his passing and was in his usual good form.
The deceased was recognised by all he came in contact with as a most inoffensive and quiet man and always described as a ‘thorough gentleman’.
An avid supporter of the Kilkenny hurling team at all levels, his preferred conversation was Gaelic games and in particular hurling.
Tom’s parish hurling team James Stephens was also close to Tom’s heart and he always relished a win by the ‘Village’, especially if they crossed swords with city hurling teams such as Dicksboro or O’Loughlin’s.
The late Tom began work as a projectionist in the then Savoy Cinema and later worked for a while in England.
On returning to Ireland he took up employment in the now defunct Fit Remoulds.
Tom became a foreman with Fit Remoulds/Goodyear and held that position until the firm closed.
After this firm closed Tom trained as a cobbler in Co. Kildare and subsequently opened his own shoe repair business.
Up to his retirement Tom was one of the most popular and skillful cobblers in the city.
As a younger man he loved to travel extensively and with his late wife Marie holidayed in places such as the US (twice), Portugal, Spain, Lanzarote, France and all over the Continent.
In later years he loved to visit seaside places for weekends such as Cullenstown Strand in Wexford and Tramore in Waterford.
His pride and joy were his family and he loved to recount their achievements in life.
His son Brendan and daughter Fiona were never far from his thoughts and he always spoke with great pride of his grandchildren.
As a dedicated member of the Home Rule Club on John’s Quay in the city, Tom patronised his club on two nights every week.
Surrounded by close friends he enjoyed a pint of Guinness sitting at the big open fire and his usual conversation almost always turned to the fortunes of the Kilkenny hurling team.
It is a fact that the late Tom had not an enemy in the world, he was a great favourite with everyone and will be sorely missed.
He is survived by his son Brendan, daughter Fiona, brother Billy, sisters Rosie, Ursula and Ann; son-in-law Conor; daughter-in-law Maria, grandchildren Shane, Conor, Lorna, Katie and Aisling, brothers-in-law; sisters-in-law, nephews, nieces, extended family, family, neighbours and friends.
Tom’s Requiem Mass was in St Patrick’s parish church on Tuesday, November 13, followed by interment in St Kieran’s cemetery, where he rests beside his beloved wife Marie.
May the green sod lie softly on Tom’s grave.