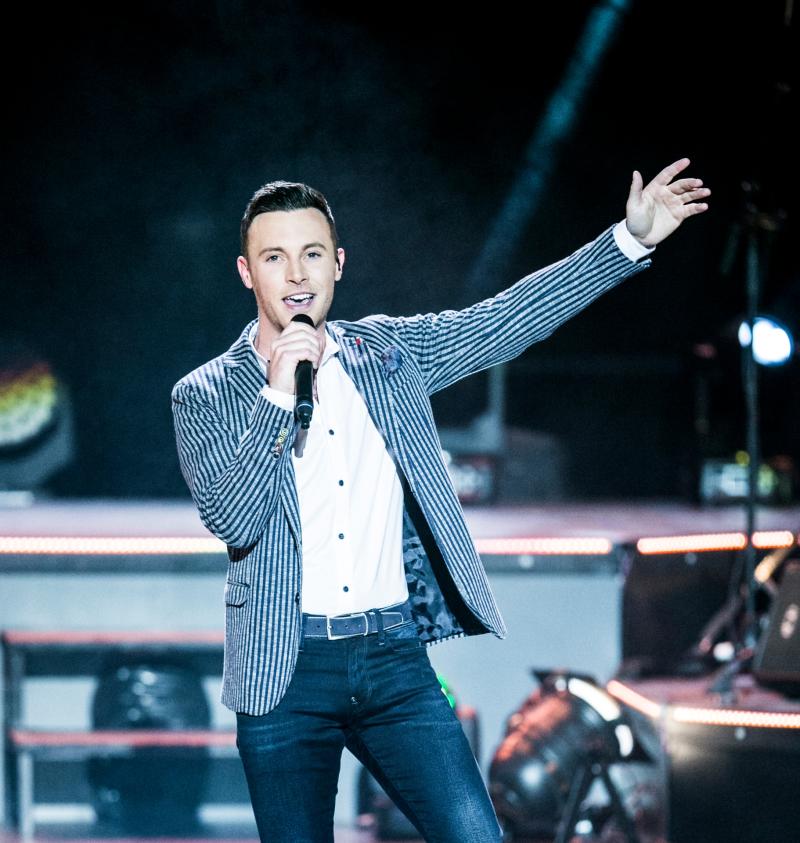 Tickets are now on sale at the Lyrath on 056 776 0088, at Roller Coaster Records and online at www.ticketmaster.ie. They are selling fast, so you have been warned!!!!

It’s been a wonder year for Nathan. The pinnacle was singing before Pope Francis before 70,000 in Croke Park, during his
historic visit just gone by, where Nathan received an ecstatic reaction from the Audience (And the Pontiff!) His 5th studio album “Born For The Road” went straight to Number One on its release last September, making it his 5th album to debut at the top of the charts, for the honorary Irishman, from Liverpool.

He is currently on a tour of USA and Canada and it is proving to be hugely successful. He plans a quick return there in 2019. Already his show run in Branson, Missouri is being extended, and he is invited back in 2019 for a longer 3 week run there. He also performed his first German tour this May. With more dates to follow early in the new year…

His hour-long TV Show “Nathan Carter Christmas Special” is running again on RTE this year over Christmas, so watch out for it. Last year's shows hit over 560,000 viewers!

An RTE spokesman said “These are amazing figures for any show” and the positive reaction from viewers has been fantastic. Nathan is proving that he is definitely not a one hit wonder and he has matured into a "stunning, world class live performer”.

Nathan promises a must-see live show, with his amazing band. “We will make it an unforgettable night for all our fans” He promises! You won’t be disappointed!

And as Nathan himself says, “I was born for the road”.