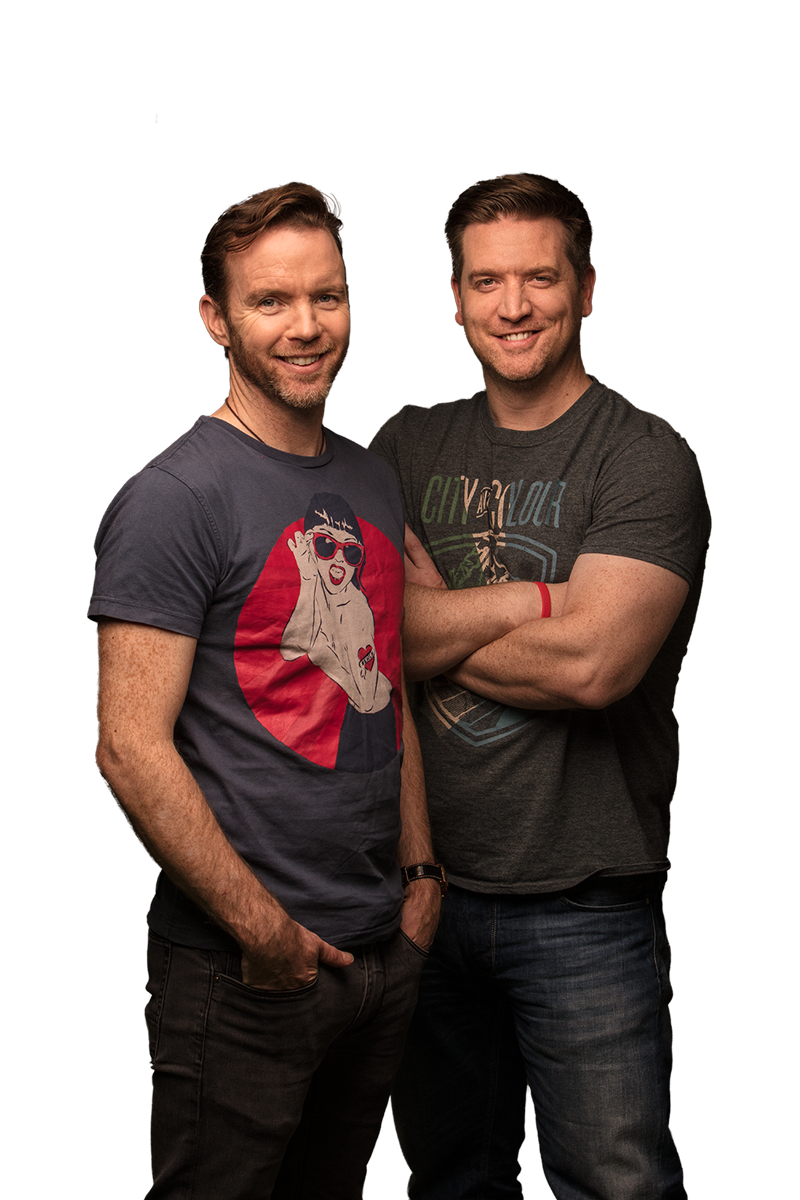 The lads have toured the length and breadth of Ireland with sell-out crowds in venues like Vicar St in Dublin and the INEC in Killarney. They’re ready for even bigger crowds this time around.When the 2018 Vodafone Comedy Carnival line-up was announced, Dermot and Dave were the first act to sell out their shows, with tickets disappearing in a matter of hours. Now, they’re ready to hit the road again with a brand new show that brings together stand-up comedy, hilarious characters and a whole load of rocking musical performances.

When asked what people can expect from their new stand up show, neither of them actually answered the call but their message minder said, “”Hi, you’ve reached Dermot and Dave and we can’t take your call right now but the show is going to be amazing. We sing, we dance, we take our tops off. And there’s even more craic and lunacy than last time. *BEEP*”

Even though the show is brand new, you needn’t fear, all of the lads’ favourite characters will make a return including internet sensation, Noni, Limerick’s infamous chocolate seller and Tony “Club Classic” Cascarino.

Audience reviews from the last tour:
"I've a pain in my jaw from laughing!"
"Definitely one of the best comedy shows I've been at!"
"If you do one thing, go see Dermot and Dave!"