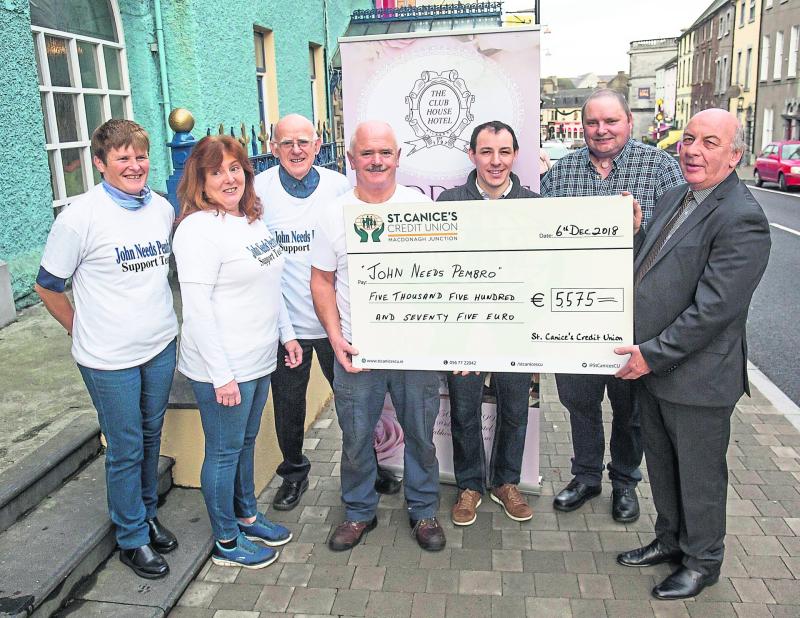 Events are continuing to take place in the city and county as part of a campaign of fundraising to help local man John Holmes, who is ill with a rare form of cancer.

This Friday, December 28, there will be a ‘Music Night with Richie Leahy and Friends’ in Lenehans from 8pm, in aid of the ‘John Needs Pembro’ campaign.

This year, the Kilkenny City Harriers Christmas Day Fun Run ‘was in aid of the ‘John Needs Pembro’ campaign. It got under way at 11am and saw a good turnout despite brisk weather.

Earlier in the month, a hugely well-attended breakfast, the brainchild of Jim Brennan, took place in the Club House Hotel managing to raise an incredible €5,575.

John’s family and the committee provided an update on the campaign on social media last week: “The donations, support, thoughts and generosity experienced in the six short weeks since fundraising began in November has been nothing short of astonishing and overwhelming. To date the total raised sits at an amazing €31,736 of the €150,000 end goal. Enough to cover the first six rounds of Pembro treatment.”

The committee reports that John is in good spirits and is feeling better in himself. Having previously been ill for days after chemo, he is enjoying less negative side effects on the Pembro.