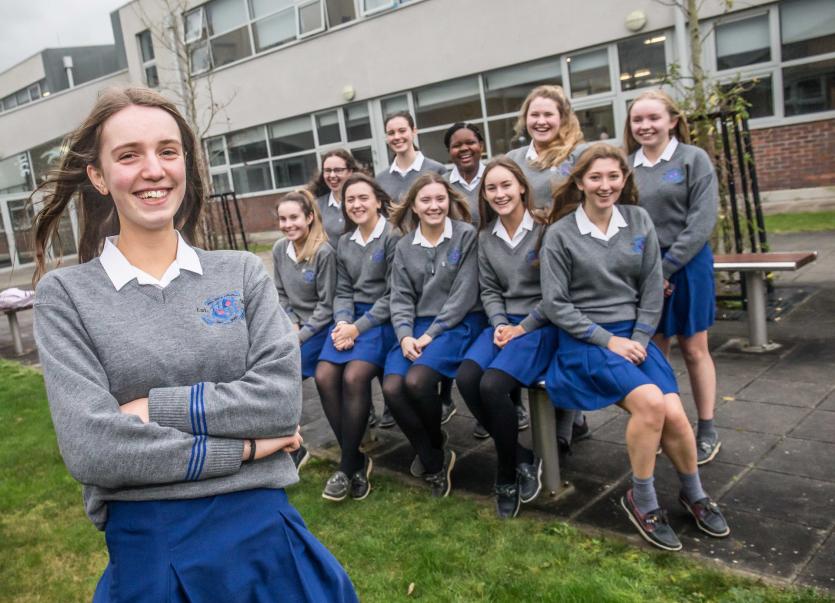 Cliona Dunne, who along with the absent Katy Hynes is doing a project on Parental Attitudes to boys receiving the HPV vaccine, is pictured with the rest of the Loreto girls taking part in the BTYSTE

‘Assessing parental attitudes to the uptake of the HPV vaccine among adolescent boys in the South East’ is just one of the fascinating projects from local school students bound for the RDS Arena today (Wednesday).

That project is by two students from Kilkenny's Loreto Secondary School, Cliona Dunne and Katie Hynes, which has made it to the finals of the 55th BT Young Scientist & Technology Exhibition.

In total, 12 projects from five Kilkenny schools are travelling to Dublin this week to take part in the event, which will be held from January 9 to 12, bringing together some of the country’s brightest young minds, as they compete to take home the title of the BT Young Scientist & Technologist(s) of the Year.

Students from Colaiste Eaman Rís have looked at ‘Creating a cooling loop capable of using HFC-134A as a coolant’, while another group from the Callan school investigates the most successful pretreatment methods on coniferous tree seed germination rates.

Heart Rate Data
A group from St Kieran’s College has gathered the heart rate variability data from Transition Year students and Leaving Cert students to compare the two and establish whether a difference exists between them.

Another project from Loreto students asks ‘Does participation in Transition Year translate to better Leaving Certificate results?’. A group from the same school have entered a project looking at the effects of music on mammals, and the milk produced by cows.

The other two projects from the school are ‘Hard Water Heating - Energy Consumption’ and ‘What causes stress in Irish teenagers and what effects it has on the body’.

A project from Castlecomer CS students is titled ‘Camogie vs Hurling’ - Whose Body Works the Hardest?’, while another group from the school examines how social media affects teenage girls’ body image. The third project from the north Kilkenny school looks at artificial sweeteners vs sugars, and the health risks associated with each.

In total, there will be 550 projects from around the country on show at the Exhibition across four categories: Technology; Biological and Ecological; Social and Behavioural Sciences; and Chemical, Physical and Mathematical Sciences. This year’s projects cover a wide variety of topics, from Climate Change to Gender Diversity.

Tickets are available online now costing €8 for students, €12 adults and €25 for a family pass which includes two adults and two children.