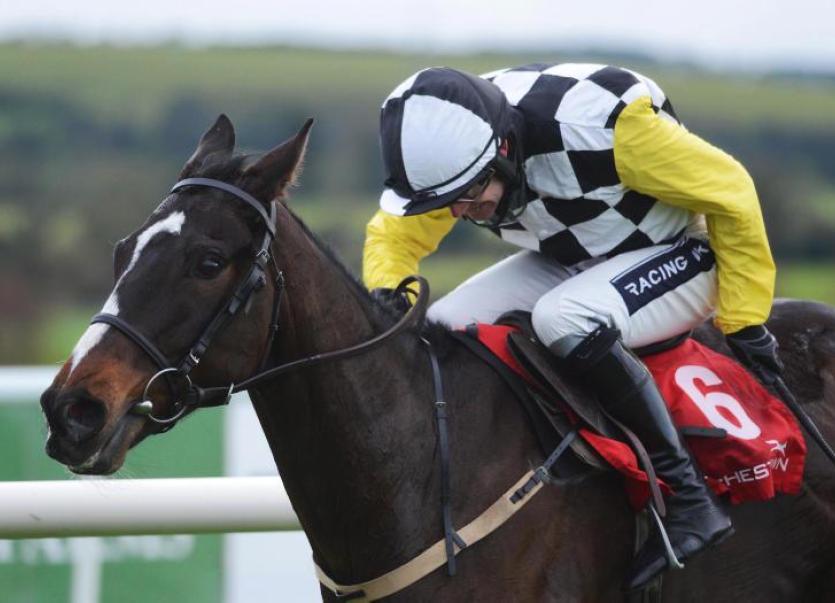 Things are hotting up for the most eagerly-anticipated event in Kilkenny's racing calendar, the Goffs Thyestes Chase at Gowran Park on Thursday, January 24.

In all there are 46 horses going forward for the latest renewal of this historic race, an increase of nine on last year. Local trainer Willie Mullins and Gordon Elliott have both put two of their 2019 Magners Gold Cup entries in the Goffs Thyestes Chase

Mullins has included Cheltenham Festival hopes Total Recall and Invitation Only in his entry of 15 horses. A six-time winner of the race, the champion trainer has also entered Pleasant Company, Pairofbrowneyes, Up For Review and the Grade 2 novice chase winner Some Neck in the race.

Last year’s hero Monbeg Notorious and the 2016 runner-up Mala Beach are among Gordon Elliott’s Cheltenham Gold Cup entries and they head his team of 10 in the Goffs Thyestes Chase. Both feature towards the head of the handicap as do Alpha Des Obeaux and Dounikos. The Elliott-trained Space Cadet, Woods Well and Out Sam, third, fifth and sixth in the race last year are also among the entries.

Successful with My Murphy in 2016, Liam Burke could seek further success with Sumos Novios. Ted Walsh was a winner with Roc De Prince in 1991 and has entered Any Second Now whose owner JP McManus could also be represented by the Noel Meade-trained De Name Escapes Me and the Paul Nolan-trained Fitzhenry.

Valseur Lido heads a trio that Henry De Bromhead has to choose from, and from Britain, David Pipe could have his first runners in the race as he has entered both his Tommy Whittle Handicap Chase winner Daklondike and Ramses De Teillee, runner-up to Elegant Escape in the Welsh Grand National at Chepstow late last month.

“We are delighted to see such a competitive looking field gearing up for our 2019 Goffs Thyestes Chase," said Eddie Scally, General Manager of Gowran Park.

"Monbeg Notorious will no doubt prove very popular on the day with punters after his 2018 exploits but no doubt he will have plenty to worry about with the highly rated Mala Beach and Total Recall also in the entry list.

“It’s exciting to see David Pipe with two entries for the race most notably Ramses De Teillee which was just touched off in the Welsh National over Christmas. Fingers crossed we will see enough rain over the coming weeks to keep ground conditions perfect for the big day and hopefully another thrilling Goffs Thyestes Chase.”