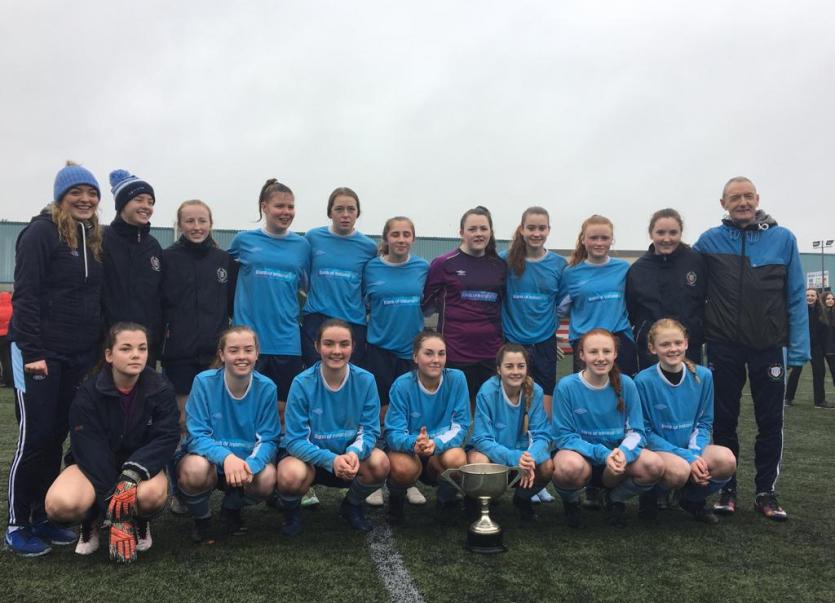 It was a week of mixed emotions for the soccer teams of Presentation Secondary School, Loughboy.

Following the defeat of their Senior A team at the hands of Athlone Community College in the Leinster final earlier in the week, the Junior team was crowned FAI Leinster Junior A Champions on Thursday.

The girls defeated Moyne Community School, Longford, on a scoreline of 2-1. After a tough battle, the teams were 1-1 at the end of normal time, with a goal from Freya de Mange keeping the Pres’ girls in the running.

Ellen Molloy then scored for the Loughboy ladies in the first half of extra time, and they held on to the end to be crowned Leinster Champions. 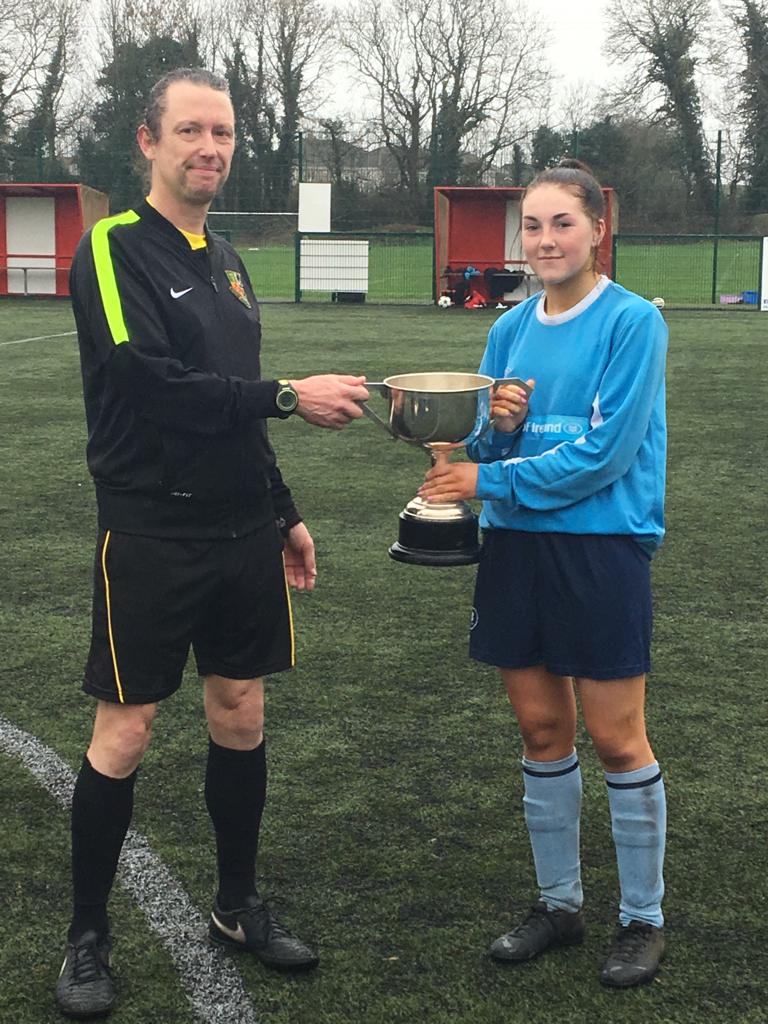 Many of the players on the junior team were also involved with the senior side, and so the victory was all the sweeter after the loss earlier that week.

The cup was collected on behalf of the team by their captain, Hannah Clifford. The team was mentored by father-daughter duo, John McDonald and Clodagh McDonald, who are both teachers in the school.