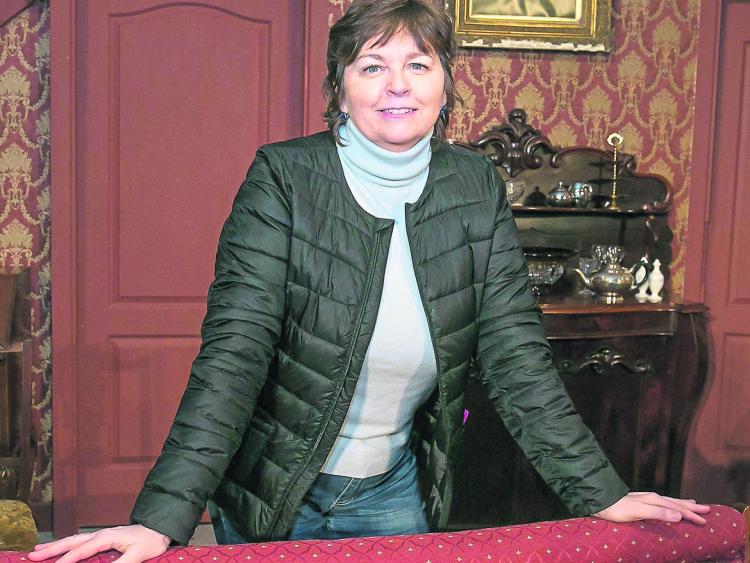 The well respected and much loved Duiske Players Drama Group, Graignamanagh are in rehearsals for this year’s production which will be held from Wednesday to Saturday, March 27 to 30, under the capable direction of Helen Kavanagh.
Helen last directed many of the group’s plays over the years including Arsenic & Old Lace, The Cripple of Inishmaan, Sive, The Highest House on the Mountain and The Field.
In the last number of years the group, have performed many very popular plays including last year’s highly successful interpretation of the American classic, Arsenic & Old Lace.
This year the group decided to tackle a John B. Keane classic, timely given the Druid Theatre Company revival of many of Keane’s works, one of Ireland’s great playwrights.
And so the journey for the folk play, Sharon’s Grave began.
Keane’s play is about the struggle between the forces of good and evil and the mythical beliefs of 1930s rural Ireland dealing with a man’s ruthless lust for land, which overrides all family loyalties, and can ultimately lead to tragedy, and indeed turn life into bedlam.
As often in Keane’s plays, the characters are exaggerated and extreme, yet without parody.
Dinzie Conlee (played by Edward Hayden) has a hunchback and his legs are enfeebled.
His mind is sharp and vicious and most everybody fears him, including his hulking brother Jack (John Meaney) who carries him everywhere, and his cousin Trassie (Edel Bolger), who is left to look after the family home and Neelus (Jim Whelan) her crack-brained brother when their father (Jim Kielthy) passes away.
Into this little community arrives Peader Minogue (Pat Kavanagh), a traveling thatcher in search of work.
When Trassie’s honesty and hospitality warm his heart, he becomes protective of her and Neelus, and proclaims that he will let no harm come to her or her brother, whether from Dinzie or anyone else...including the mystical arrival of the local quack Pats Bo Bwee (Peter Prendergast).
The play delves deep into a rural Ireland steeped in Celtic pagan tradition that features some wonderful roles and the cast will certainly not disappoint with many of the much loved faces of drama in the area as well as some new faces in the production including Brid Moloney, Lily Brennan, Stas Bolger, Anna Galavan, Maura Gahan, Liz Whelan and Emma Fox.
Director Helen Kavanagh is delighted to work with such a large cast to deliver what she believes will be a superb show with a stellar cast’. Group Chairperson Lily Brennan added; “we are confident that all those who attend will be entertained and enthralled, further exemplifying the return and popularity of live drama and performance in both urban and rural Ireland.”