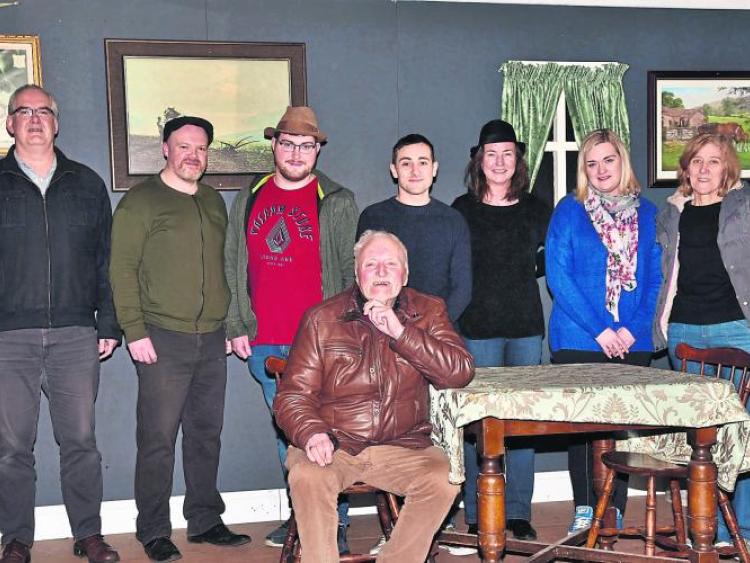 Moonlight Theatre Group will perform the play, Nano, by Kerry-born Sigerson Clifford in the Concert Hall, Thomastown on February 14, 15 and 16 (Thursday to Saturday) at 8pm nightly.
They are returning to Thomastown after the success of their last production in the magical venue, Lovers Meeting, which drew full houses.
Nano is set in 1930s Ireland and deals with evictions and land grabbing and is as relevant today as when it was written by Cahersiveen born Sigerson Clifford in 1944.
Back then it was regarded as being morally unacceptable to have anything to do with evicted property.
The recent evictions and the circumstances surrounding them, now the subject of numerous criminal and civil actions comes to mind.
Younger people might not be familiar with piseogs but they form a central element in the play.
Piseogeiri is like voodoo or witchcraft and it involved placing things like the after-birth of a calf in a house or a field with the intention of bringing bad luck on the owner of the place.
It has its roots in Celtic lore, passed down orally through the generations.
It is pure superstition and the last known instance of piseogs was in the 1960s in Kerry when a man was prosecuted for interfering with his neighbour’s property and was convicted of trespass but the real crime was Piseogeiri.
According to the director of the play, Michael Casey, it was a time when people attempted to invoke dark powers to right perceived wrongs.
“It was a time when people had vivid imaginations and had more than a nodding acquaintance with the fairies or Joeys as they were called, from the other world.
“It was also a time when the odd ghost might be seen on a lonely country road late at night,” he added.
The play opens on the day of Tom Goff’s funeral.
He was known locally as the Grabber and had been cursed by the widow of a family he had evicted.
Her name - Nano and she will be played by Frances Sweeney.
The Grabber’s sons, Dickeen and Din Joe are played by Fergal Keane and James Nolan respectively while the Goff housekeeper is played by Maggie Conway.
Her boyfriend Pakie will be played by the excellent Sean Hackett and would-be jockey, Slobby is played by Paul McManus. Karen Tobin will be seen as the gypsy wife of Din Joe and Donal Carroll plays the local hard pressed sergeant.
The play is directed by that doyen of the theatrical world, Michael Casey.
The play is set at a time when the young state was still settling down after the War of Independence when the issue of land and its ownership was a hot, the hottest of topics.
The play was first staged in the 1944 and received rave reviews when it played in the Cork Opera house in the 1950s.