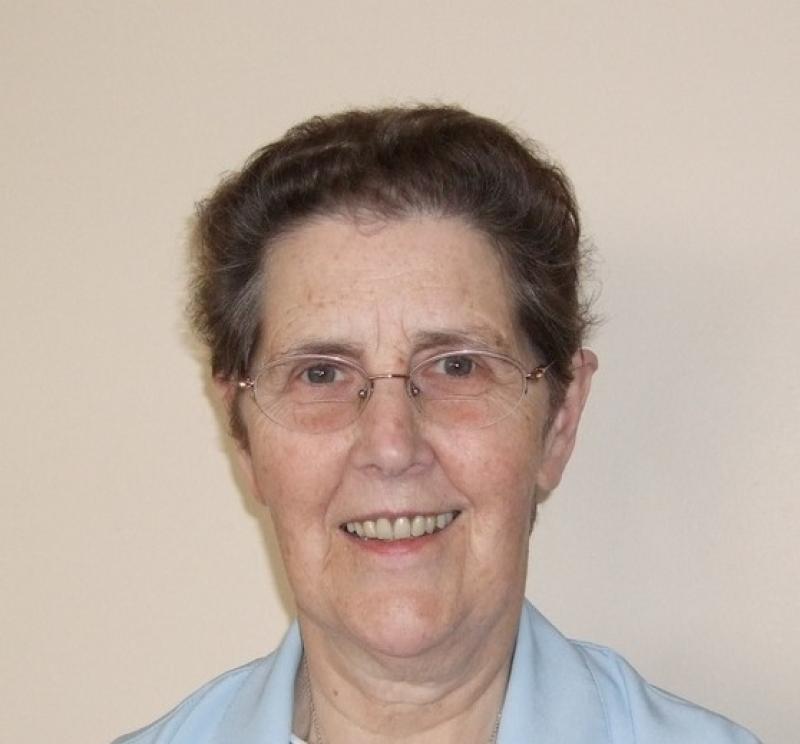 The death has occurred of Sr Leonie Dobbyn who grew up in Woodstock, Inistioge.

A member of the St. John of God congregation, until last September had been actively involved as Director of the Sisters’ Retreat Centre at Ballyvaloo, Blackwater, Co. Wexford. Following a short visit to her family in early New Year, Sr. Leonie’s health deteriorated rapidly. During the final week of her illness, she was lovingly cared for by the Sisters, but more especially by the nurses at Sallyville House, Newtown Road, Wexford and the Home Care Team. She passed very peacefully to her eternal reward on the morning of Saturday, 19th January.

Ellen Veronica (Vera) Dobbyn was born in 1937 – the youngest of Richard and Mary Dobbyn’s five children. She grew up in beautiful Woodstock, Inistioge and from there attended the local Primary School, before moving to the Brigidine Secondary School, Goresbridge. Having completed her Leaving Cert, she spent a year at the School of Housecraft, Drishane, Millstreet.  After this she entered the St. John of God Novitiate in Wexford in October 1956. She was professed in 1959 and then headed to England for Teacher Training in Southampton. She taught for ten years in Trowbridge, Wiltshire and for a further twenty-five years in Cardiff. When she resigned from school, she ministered as Parish Sister in Cardiff until she was assigned as Director to Ballyvaloo in 2000.

During her teaching life in England and Wales and her years in Ballyvaloo, Leonie gave generously of her time and energy. She enjoyed her ministry and was totally committed to the children and people she served. She was always cheerful and enjoyed extending hospitality to all. A loyal and sincere friend, she was honest and upright in her dealings with pupils, staff and colleagues and was an excellent administrator. If something had to be done, it had to be done right, and she gave whatever that entailed!

Leonie was always self-sufficient and private and she bore her final illness with dignity and courage – never wishing to cause trouble or impose on anyone. This was truly verified by the fact that she had just one week of full-time care before her death.

Sr. Leonie’s Requiem Mass, attended by family, friends and St. John of God Sisters, was celebrated in the Church of the Immaculate Conception, Rowe Street, Wexford Very Rev. Brendan Nolan, P.P. Blackwater was Chief Celebrant. He was assisted by a number of priests from Ferns, Ossory, Dublin and Cardiff dioceses. His Lordship, Most Rev. Denis Brennan said the final prayers of commendation, after which Leonie was taken to her final resting place in Foulkstown Cemetery, Kilkenny.

Leonie was predeceased by her brother Jim and her sisters Rita and Kathleen. She will be sadly missed by her sister, Moira, her sister-in-law, Theresa, her nieces, nephews, St. John of God Sisters, extended family and many friends.