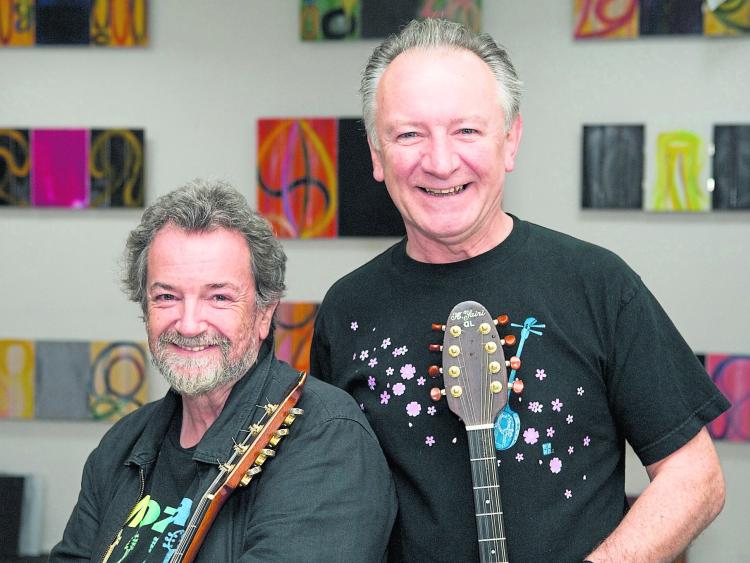 Two giants of the Irish trad scene, Andy Irvine and Donal Lunny are uniting for an evening of great music, a mixture of traditional songs, and originals composed by Andy at the Watergate Theatre on Friday.
Between them, Irvine and Lunny have been at the helm of legendary bands like Sweeney’s Men, Planxty, The Bothy Band, Mozaik, LAPD and recently Usher’s Island.
Their unique style of accompaniment is an ongoing influence in the wider world of Irish music.
Andy Irvine and Dónal Lunny, in their separate ways, have contributed to a veritable renaissance in Irish traditional music. Between them, Dónal Lunny and Andy Irvine have careers that read like a 'Who's Who' of popular music.
Lunny has produced albums for Elvis Costello, Paul Brady, Clannad, and The Indigo Girls, and composed the soundtracks for Eat the Peach, and Teardrops. As a musician, Lunny has performed on more than a dozen Christy Moore albums, and was an integral part of such notable ensembles as Planxty, the Bothy Band, Mozaik and Moving Hearts. He has appeared on the BBC TV series, Transatlantic Sessions alongside the likes of James Taylor, Eddi Reader, Diana Krall and others.
Donal was the MD of the House Band on the "Céiliúradh" concert in the Royal Albert Hall in london with Michael D Higgins. Andy Irvine also performed at this prestigious event.