Phil Hogan presented with yet another award 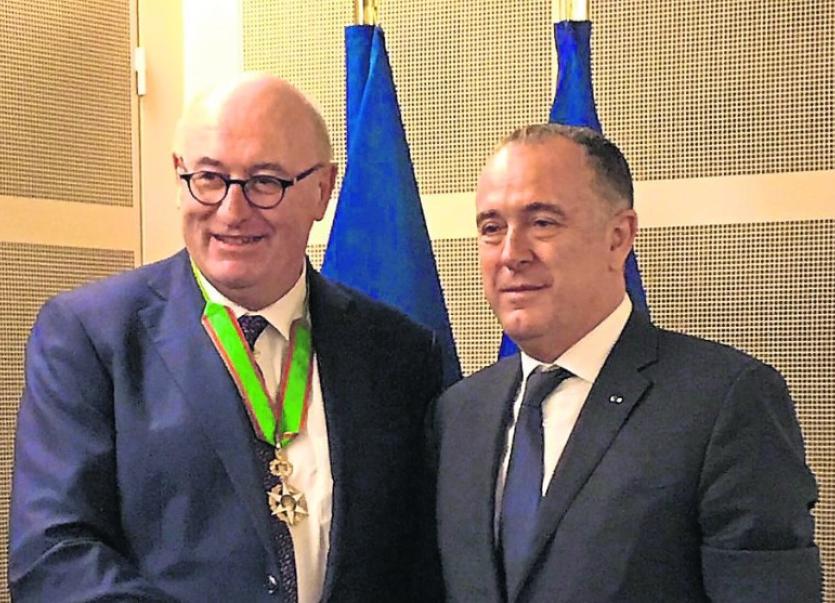 Kilkenny man and EU Agriculture Commissioner Phil Hogan was honoured last Friday by the French Republic. He was awarded the Commander of the Order of Agricultural Merit by French Agriculture Minister, Stéphane Travert - a distinction referred to as the agricultural “Légion d’honneur” on Friday in Paris.

At the ceremony. Commissioner Hogan said he had travelled to every corner of France to meet the nation's farming women and men and had seen for myself why France is the pre-eminent agricultural power in Europe.

"Family farms and the rural way of life hold a special place in the heart of the French people, and I view it as my mission and my duty to support this treasured way of life, today and in the future," he said.

The award will sit alongside similar awards made to Commissioner Hogan by the governments of Austria and Latvia as well as a number of universities (including institutes in Italy, Greece and his alma mater UCC.