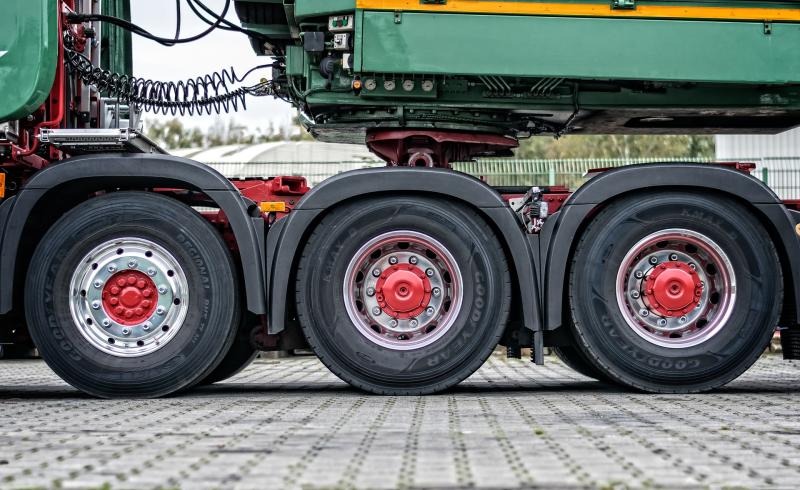 Local councillors are weighing up the likely impacts of a partial ban on Heavy Commercial Vehicles (HCVs) on a number of roads in Kilkenny City.

The ban would prohibit vehicles with five or more axles from using certain roads, and a one-way restriction for them on Green’s Bridge. A further-reaching measure including a ban on HCVs using the Kennyswell Road has not been recommended to councillors, due to the implications it would have in terms of increased traffic on other roads.

A decision on the matter is likely to be made at the March meeting of the Kilkenny City Municipal District. At the February meeting, senior city engineer Simon Walton outlined what he said was a complex issue which could not fully be solved until phases two and three of the Central Access Scheme and the Northern Ring Road Extension were completed.

He said the adverse effects of the presence of HCVs include noise, congestion, road safety, and air pollution. However, they are “to a degree, indicative of a thriving economy”.

Mr Walton added that obviously some the HCV traffic was to city businesses which were key local employers and drivers of the local economy, and many had been located in their areas for generations.

“If there are designated HCV routes in the city, which there need to be, the council should have a policy to provide low-noise surfacing and permanent or periodic speed limits, particularly in residential areas,” he said.

The presentation outlined that around 101 artics were using Kennyswell Road, and the vast majority did so during the day. This gives rise to considerable inconvenience locally, but a HCV ban there would transfer this to other areas.

“The knock-on effect is a significant increase in HCV traffic on Banim Terrace, so where you are solving one problem, you are shifting it to another area,” said the city engineer, adding that he was not doubting the problem on Kennyswell Road, but simply outlining the consequences.

He said the solution for Kennyswell was to implement the second phase of the Central Access Scheme. Mr Walton said he felt there is “considerable merit” in providing a one-way only (west to east) system for articulated vehicles over Green’s Bridge, and a prohibition of HCVs on four streets: Newpark Drive, Lover’s Lane, Ballybought Street and O’ Loughlin Road.

There are a number of previous or existing prohibitions in place on certain roads on vehicles surpassing 3.5 tonnes, however, said Mr Walton, they are no longer being enforced. Mr Walton said the council cannot enforce the restrictions, and this was a role for An Garda Siochana.

He said previous council had attempted to address the matter on occasion, but “through the passage of time, the eye has been taken off the ball and now there are 101 on the Kennyswell Road”.

Mr Walton said if the members agreed to a ban on five-axle vehicles, it was simply a matter of the council acquiring signage and putting it up. No bylaws are required, but obviously the council would be looking for the support of the gardaí to enforce it.

He suggested the members consider the report for another month, and said there were no easy solutions.

ACCESS SCHEME
Meanwhile, council director of services Tim Butler said someone had been appointed to carry out environmental reports for phases two and three of the CAS. These phases require planning consent having been refused in 2011.

Cllr Joe Malone said there were HGVs using Stephen Street and the Old Callan Road, and some did not “seem to give a hoot about signage’. He asked who would police it, and also said there was not just a problem with trucks, but also with people in cars, and he would like to see more people walking.

Cllr David Fitzgerald said there was no doubt the city was seeing growth in the numbers of road users and traffic, which he said was due to the economic recovery. He also noted that the areas highlighted in the report were “heavily populated by schools”.

Cllr Andrew McGuinness said it seemed positive, and he welcomed proposals to take HCVs off the four routes. He agreed the members should take the proposals away to examine them and discuss at the next meeting.