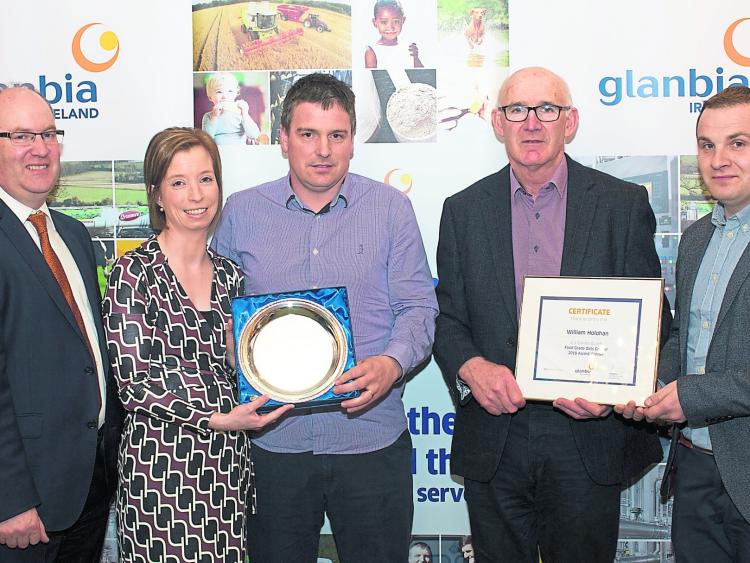 William and Mairead Holohan from Knocktopher were successful in the Food Grade Oats section.
William and Mairead operate an intensive tillage, efficient operation near the village.
Winter and spring barley, winter wheat and winter oats are the main cereal crops grown on the farm using winter oilseed rape and spring feed beans as key break crops.
Most crops are sown using a plough and one-pass system but a Claydon drill is used to sow beans and the following wheat crop.
William and Mairead took over the full running of the farm from William’s father Richard in the past few years.
William’s hobbies are running, shooting, sport and politics.
He has a long involvement in the Mullinavat branch of Macra na Feirme and served as Leinster vice-president in 2011-12.
William’s winning crop of food grade oats averaged a specific weight of 58kph and protein of 10.6% at a moisture content of 14.7% across over 170 tonnes.
The overall award winner was Richard Thomson-Moore who farms 650 acres of combinable crops on Barne Estate just outside Clonmel. The main crops grown on the farm are winter wheat, winter barley and spring barley.