She is a Fine Gael candidate in Kilkenny City 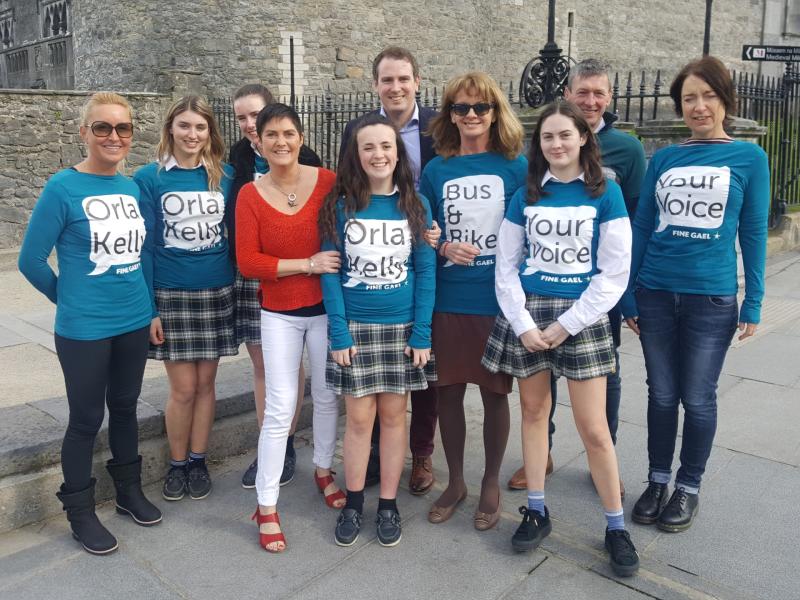 Orla Kelly pictured with friends, family and supporters at the launch of her local election campaign

A new Fine Gael candidate seeking election in the May 2019 Local Elections has launched her campaign in Kilkenny City.

With a background in architecture, design and project management, Orla Kelly says she will bring a fresh voice to the city, and intends to deliver sustainable development, intelligent planning and smart housing to the city. Among the key issues for her are climate change, mental health services, recreational spaces, affordable housing, and healthcare.

Ms Kelly has worked as a self-employed designer and project manager throughout the city for the last 20 years building connections with many companies and state organisations. She has served on the board of the Kilkenny Arts Festival and Barnstorm Theatre company as chairperson.

She is married to local artist Blaise Smith, and has two daughters who attend Colaiste Pobail Osraí. Living in Kilkenny for over 20 years, she was brought up in a political family — her mother, Terry Kelly, was a Fine Gael councillor, who while Mayor of Limerick set up Ireland’s first women’s shelter and advocated on social issues. Her cousin is MEP Deirdre Clune.

Some may also remember her as a presenter for RTE’s Our House television programme, and later she presented various radio prorammes. She has also been a writer and journalist.

“This has given me a strong voice. And my project-based work means that I get things done,” she says.

“I plan to put all my abilities to work by listening to Kilkenny people’s voices and concerns, to advocate on their behalf and get things done. And to give them the best possible design for a city of the future.”