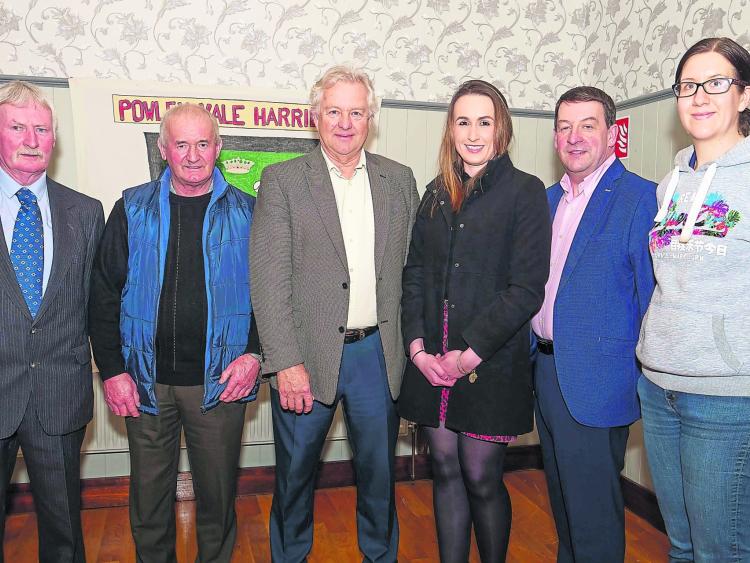 Thirty or so national and local groupings were presented with a welcome financial boost on Friday night.

Between them they shared close to €20,000, the proceeds of the 39th Castlecomer Wellie Race which were handed out at the annual Last Supper at Shortall’s Lounge on the Square. Local trio Knots Down and Out provided the entertainment for the evening.

Gerard ‘Chubby’ Brennan in his opening address dedicated the event to the memories of a number of people from the area who had died since the New Year’s Day sporting feat with a recognition of the contributions each of them had made. He said “this town has been rocked by tragedy after tragedy, but the true spirit is that the town sticks together and we help one another”.

There was much talk of the 5km fun run which is completed each year by those sporting wellies while a parade hugely enhances the occasion with some very clever entries every time.

Preparations are now underway for the 40th Wellie Race, an event which has spawned sister sessions at points across the globe extending not just the famous ‘Comer fun but creating international friendships too.