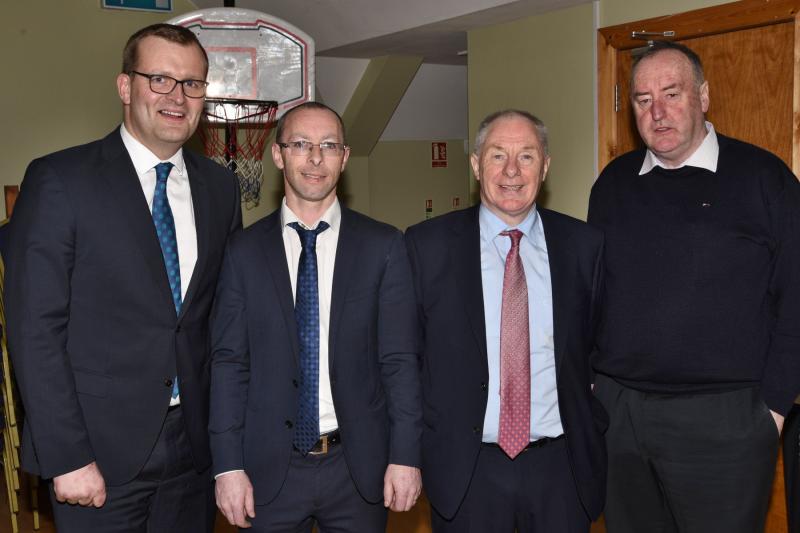 Local councillor Michael Doyle has officially launched his campaign for the upcoming May 2019 Local Elections.

At a recent event in the Cois Abhainn Community Centre in Inistioge, Cllr Doyle was joined by Minister Michael Creed, Minister of State John Paul Phelan, family, friends, and supporters to mark the occasion.

The Fine Gael councillor was first elected to Kilkenny County Council in the 2014 Local Elections for Kilkenny City East. He served a term as Mayor of Kilkenny in 2017/18. Following the changes to the electoral areas, he will now run in the new Callan-Thomastown area.

Well known in the community, he has been involved in GAA over the years, and has trained hurling and camogie teams of all ages, from Graignamanagh to the Rower-Inistioge. He is married to his wife Becky, and the couple have two children, Sean and Katie.