Do not miss Ballyfoyle Show’s 25th anniversary in June 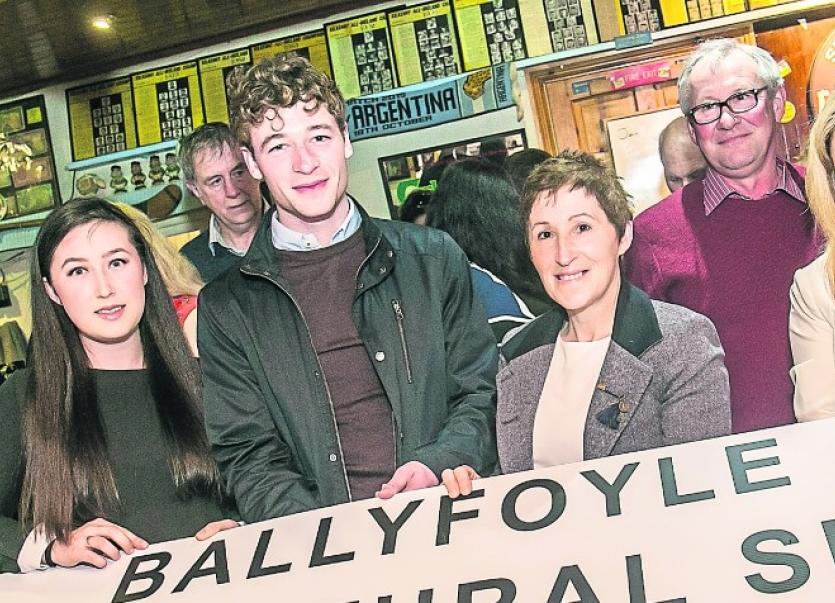 This year marks the 25th anniversary of the Ballyfoyle Gymkhana, in aid of Carlow-Kilkenny Homecare Team and other local charities.
In celebration of this momentous achievement, the committee organisers have relaunched the show as Ballyfoyle Agricultural Show.
The show, which is listed for Sunday, June 30, is a result of a hard-working and exuberant voluntary committee who have worked tirelessly to obtain an agricultural show status.
The Irish Shows Association has graciously granted the rural venue the opportunity to expand upon their already award-winning event.
Adding to their established top-quality jumping classes, dog shows and lead rein events, the show will now have the capacity to include three arenas of showing classes as well as trade stands, horticulture, arts and crafts, macra na feirme and vintage machinery.
With the help of show sponsors, the organisers are very confident of achieving this and raising as much money as possible for charity.
Success
The successes of this small rural event have been no small feat in the last few years, winning the Horse Show of the Year in 2014 and the Pony Show of the Year 2015, in the process beating some of the top established equine events around the country.
The taste of success has only made them hungry for more. As a result, the committee have taken the first steps to expanding the show into one of the most important fixtures in the south east area.
Established in 1994, with the kind permission of landowners, firstly the Costigan family and presently the Harper Family. Committee members including Matt and Kay Hogan, Jim Doyle, Anne McGrath, John Moore make sure that the young committee under their tutelage, maintain the high standards set from the inaugural show back in 1994.

Dressage
The first show featured three jumping rings, a dressage exhibition from international dressage rider Ann-Marie Dunphy, and a tent for a display of the local produce and crafts from local exhibitors.
The fantastic help that assists the organisation and indeed the sponsors of the running of this event would resemble a school roll-call. However, it would be amiss not to mention chairperson Ann Callanan, who has been at the helm for all 25 years. She is the drive and passion that gets everyone going every year.
Voluntary
This event is run wholly for the benefit of local charities, especially the Carlow-Kilkenny Homecare Team as well other local charities. All the help on the day and in the lead up to it, is completely voluntary. This show is an institution for the local community and in this day and age of rural decline, this element cannot be forgotten.
Every penny raised goes to local charities. Live updates and show enquiries are available from the Facebook page or on the twitter page @ballyfoyleshow.