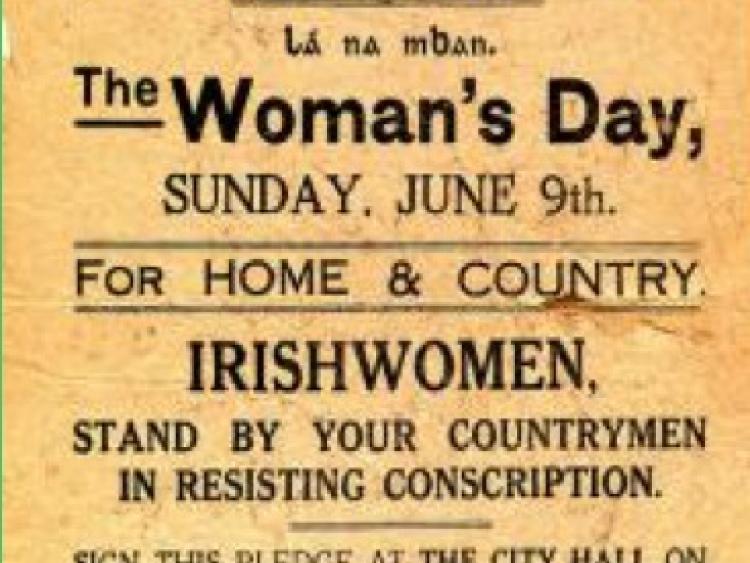 St. Lachtain’s Church and Arts Centre, Freshford will host the second of a series of lectures on Tuesday, April 23

St. Lachtain’s Church and Arts Centre, Freshford will host the second of a
series of lectures on Tuesday, April 23.
The title of the lecture is, Lá na mBan – the Kilkenny Anti-conscription Women of 1918 and will be delivered by Kilkenny historian Ms Ann Murtagh.
A ledger in the Kilkenny Archaeological Society (KAS) archives at Rothe House contains the signatures of 1,015 women who marched through Kilkenny on June 9, 1918.
When they got to the
Tholsel, they signed their names and addresses under a pledge opposing
conscription to the British army.
They pledged they would not take men’s jobs if conscription was introduced.
Many of the women, nearly all of whom had addresses in Kilkenny city, signed their names in Irish.
Ms Murtagh, with members of Kilkenny Archaeological Society, has
researched the ladies behind the list.
They were ordinary women with extraordinary courage and self-belief. Their stories make for a fascinating study of this unique event in Kilkenny’s history.
While the anti-conscription marches
took place around Ireland, the Kilkenny list appears to be the only one in
existence in the country.
The lecture will begin at 8pm. Admission is €5 with entry through the church