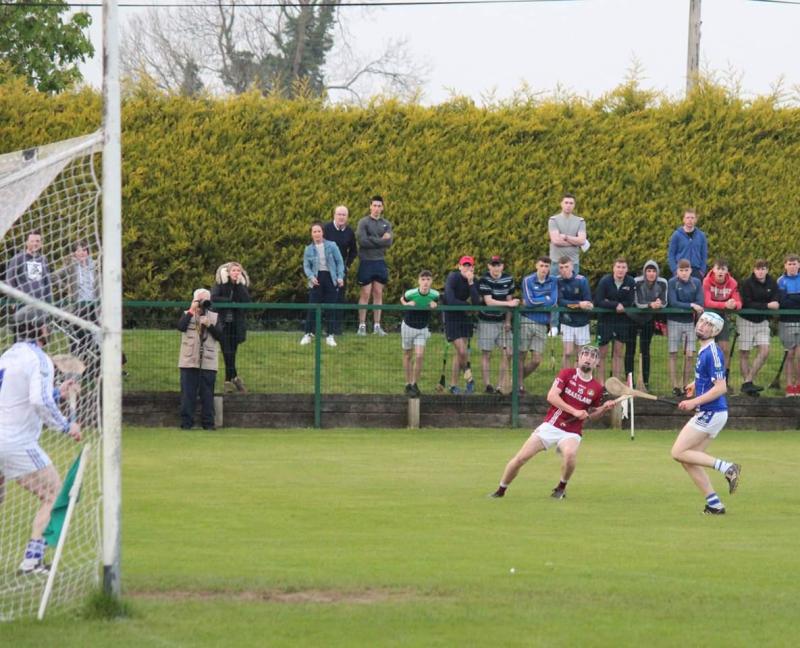 Dicksboro sub, Nark Nolan sends over the winning point against Erins Own on Friday evening in the second round of the St Canice's senior hurling league at Clara GAA grounds

Young Mark Nolan put over a late point to give Dicksboro the narrowest of wins against Erin's Own in the second round of the St Canice's senior hurling league at sun drenched Clara on Friday evening.

The city club made it two wins out of two and were boosted by the return of Bill Sheehan in the second half after being out for a long period with a hand inury.

Castlecomer deserved a draw and will rue missed chances from placed balls.

They were three points down at half time, 0-10 to 0-7 but with only eight minutes of the second half gone, they were two points up after a magnificent goal by Michael Murphy who caused chaos when he went in full forward in the second half.

Castlecomer looked on track to win despite being reduced to 14 men before Andy Gaffney scored a great goal for the Boro to make it 1-12 apiece.