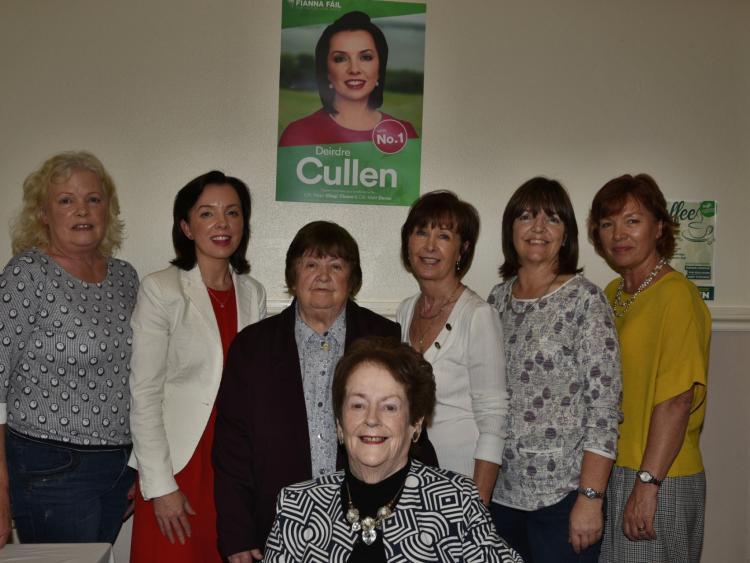 Mary O’Rourke was the guest of honour at a coffee morning hosted by Fianna Fáil local election candidate Deirdre Cullen in the community hall in Bennettsbridge last week.

The former Minister for Education was introduced to the people by Ms Cullen, and she wished the first-time runner well in the forthcoming election. Also present were local TD John McGuinness, his wife Margaret and Cllr Joe Malone. All the proceeds from the coffee morning and raffle went to Bennettsbridge Camogie Club. 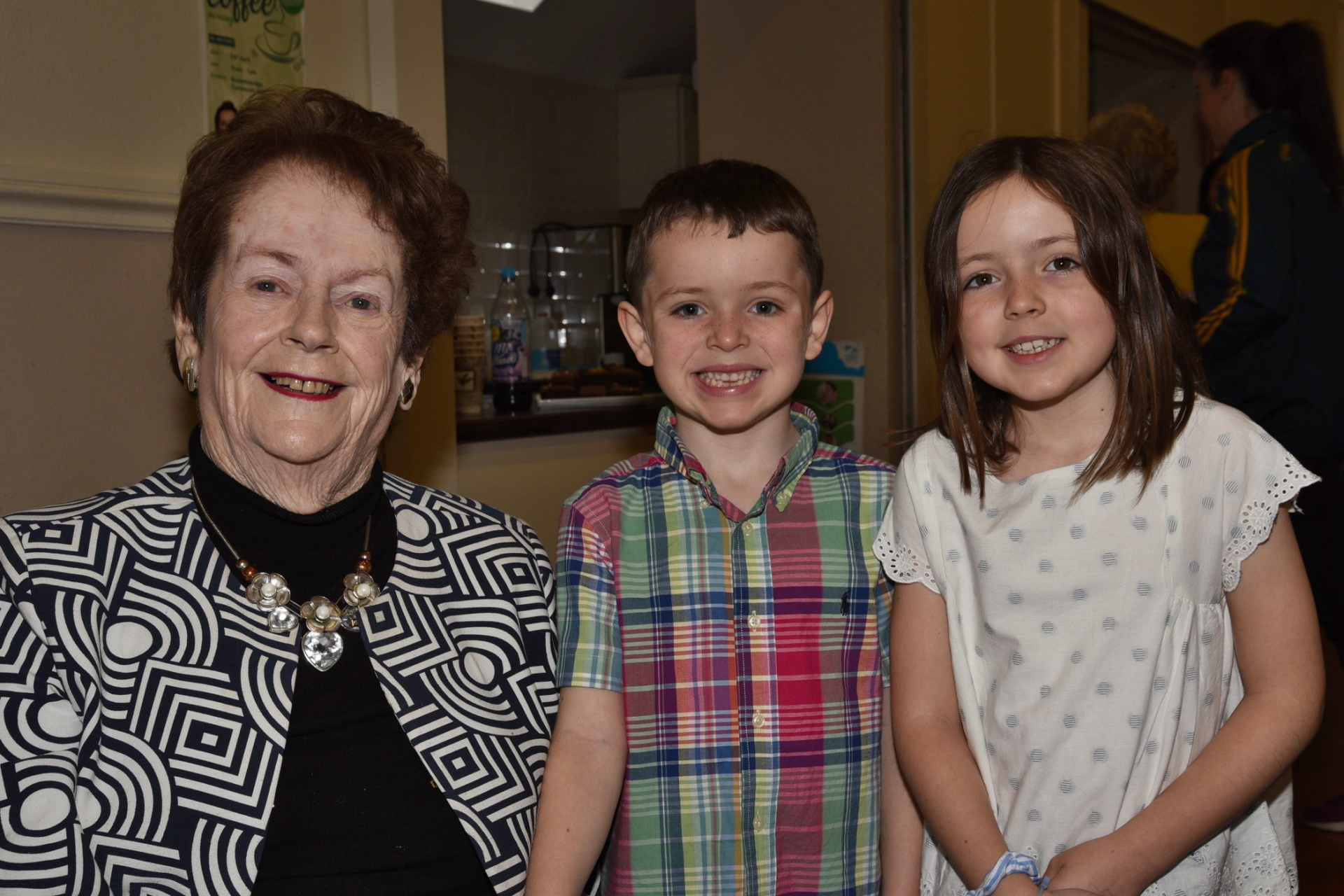 Mary O'Rourke was joined by Harry and Isobel Cullen

Ms O’Rourke was presented with copies of In the Shadow of the Steeple - the 13th volume of the Dúchas Journal and the Bennettsbridge/Derry Writers collaboration of poetry and prose.