Kilkenny has lost its favourite son

The 98-year-old saxaphone player was magic 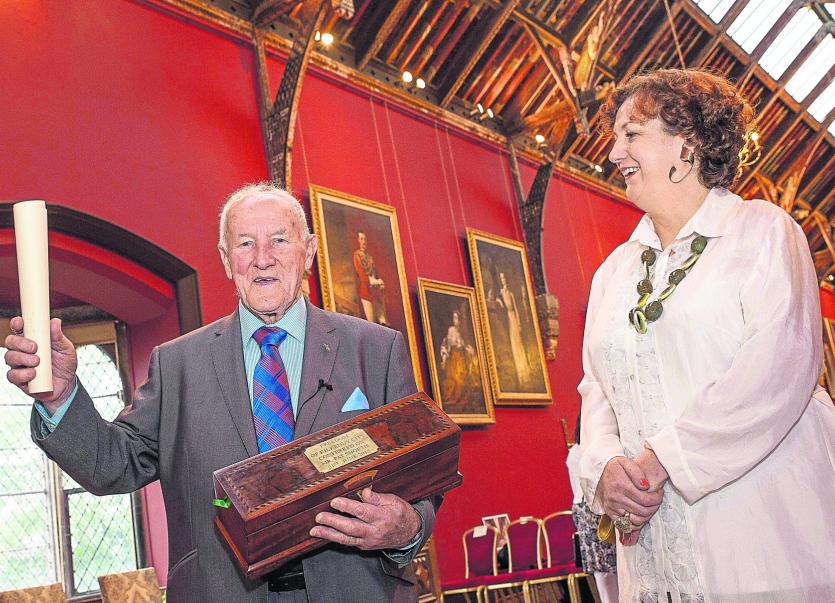 The late Pat Shortis in 2013 after receiving the Freedom of Kilkenny city with his daughter Mary Wong PICTURE: Pat Moore

A man who more than most epitomised all that is good about Kilkenny has passed away. Pat Shortis, Freeman of Kilkenny City has died at the age of 98.

The city and county's best loved entertainer, played the saxaphone, was a supervisor of the old Smithwicks Brewery,  was a gifted hurler but most of all he loved people and saw the good in everything.

He was the oldest Wrenboy in Ireland (on the Wren since 1927) and up to recently went to the Archersrath nursing home once a month to play for the old people! He didn't consider himself old and whether playing the saxophone, whistling or telling a yarn, he certainly didn't act his age.

He was self-effacing, fun loving, kind, ever smiling and what a whistler. He had empathy with people and he played for and supported more charitable causes and organisations than anyone else. He was Kilkenny's favourite son and with Jim Coady formed the world-famous Wetlands Orchestra that entertained all over the city and beyond for over 50 years

The man who left school because he could no longer stay in second class as his knees couldn't get under the desk, ended up working in Smithwick's brewery for 50 years and despite never passing a State exam, was supervisor of the highly important brewing department for 40 years.

Pat was born in Maudlin Street and lived in Newpark for over 50 years. His wife and greatest supporter May passed away some years ago and the couple have four children - Sean, Patrick, Mary and Helen and a large number of grandchildren.

Pat Shortis was born in 1921 to Joanie and Jack Shortis in a little thatched house where he grew up with his late brother Con and his sister Daisy. His first job was doing a milk round for Sonny Meehan in Loughboy and at 13 years of age he started working in the Brewery like his father and grandfather before him and worked there until he retired.

A talented sportsman, Pat captained St John’s Minor team to victory in the hurling championship of 1939. He was the first ever Grandmaster of the city’s St Patrick’s Day Parade and received a Lifetime Achievement Award at the People of the Year awards.