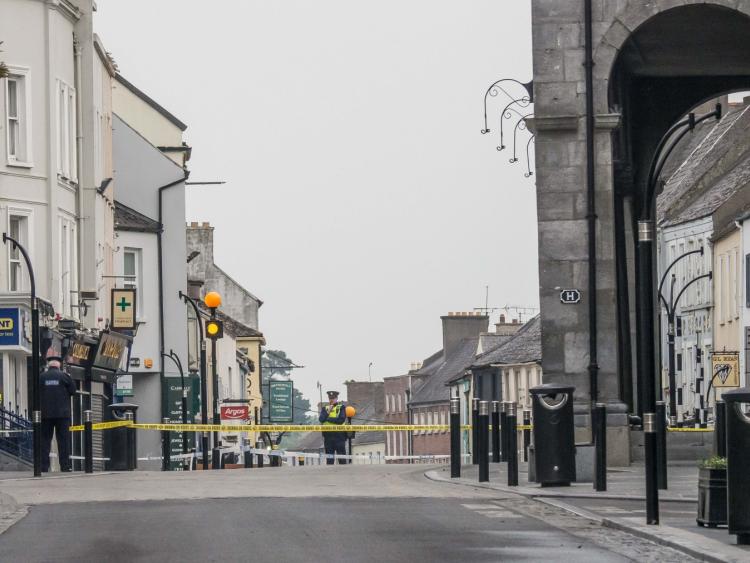 The street was closed for a number of hours

Kilkenny City Centre has re-opened for business following a serious incident whereby a suspicious device was found on the Butterslip earlier today.

Bomb disposal experts attended the scene and carried out an examination. The area has been declared safe and has now re-opened. It is understood that the package was a hoax.

One male remains in custody and is being questioned in connection with the incident.