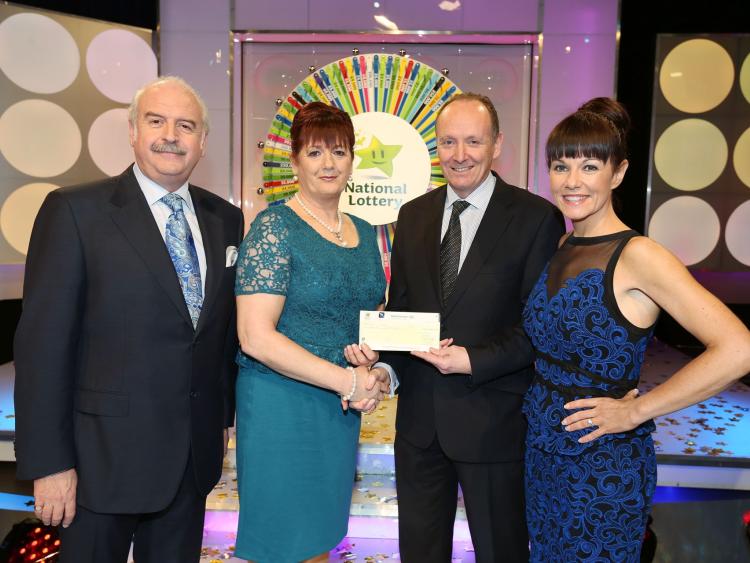 A Kilkenny man will appear on the National Lottery Winning Streak TV game show this Saturday, May 25, just six years after his wife appeared on the same show on RTÉ One.

They say lightning never strikes twice, but for Liam Breslin’s family it has struck three times since 1990 when it comes to the Winning Streak TV game show.

Liam, who lives in Loughboy, will go on Winning Streak on behalf of his wife, Claire Breslin, whose name was drawn to appear on this week’s show, the last in the current series. Claire went on the show in January 2013 and won a whopping €63,000. This time around Claire has handed the spotlight over to her husband Liam, who is originally from Derry but living in Kilkenny for the past 35 years.

The Winning Streak link doesn’t end there as 19 years ago, in June 1994 Liam’s late father John Breslin appeared on the show, winning £12,000 (Irish punts) and a then-top-of-the-range camcorder. John has since passed away.

Liam got a call last week from his sister-in-law to tell him that his wife’s name had been drawn to appear on the show again. Liam laughed it off insisting they would have got a phone call by now. However, as the final Winning Streak draw took place on RTÉ’s Today Show, neither Claire or Liam saw it. It soon became apparent that Claire’s name had been pulled from the Winning Streak drum for the second time in six years.

However this time she has asked that Liam go on in her place, a task that the Derry-man is more than happy to take on. Claire attributes her Winning Streak success to her formula of only posting her lucky three star scratch cards from a post box in Donegal, when up north visiting Liam’s family in Derry. It was a ritual which began for Claire back when she first got on the show and she has done it ever since.

Liam is now retired after spending most of his working life as a maintenance fitter. He moved to Kilkenny 35 years ago for work and there he met Claire and the pair settled in Loughboy in Kilkenny. The couple have two adult daughters, Emma and Grace and two grandchildren, Libby and Giorgia who are all excited to cheer Liam on from the Winning Streak audience. They will be joined by other members of friends and family from Kilkenny.

This is the final Winning Streak National Lottery game show of the current season. The popular TV game show, co-presented by Marty Whelan and Sinead Kennedy, will be broadcast this Saturday evening at 8.30pm on RTÉ One. Winning Streak will return to screens this autumn.