'What people want to see is some action and to see some funding coming in to their areas - be it roads, footpaths, public lighting' 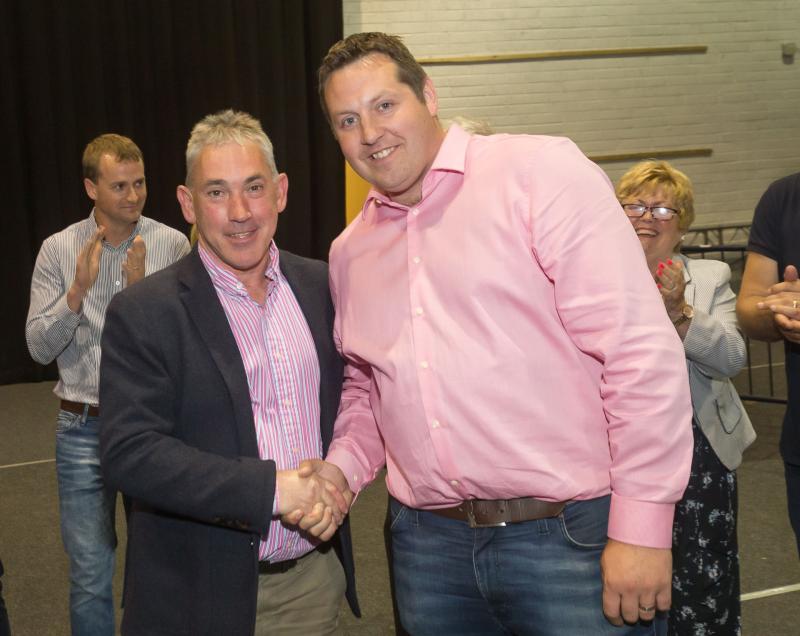 He received 1,945 first preference votes, including a big vote in Skeoughvosteen and Graignamanagh. Also elected on the first count was his party colleague Matt Doran, who secured 1,839 first preferences. Cllr Cleere said he was delighted with the results.

“If you look across the board, local communities seem to have got behind their candidates,” he said.

“Whether it’s Michael Doyle in Inistioge, myself in Skeough or Graig or Matt Doran in Callan, Pat O’Neill in Bennettsbridge, communities realise the importance of having a councillor in their area. I think that’s why the turnout was far higher in the places where you either had a sitting candidate or a candidate running to try and win a seat.”

With 24% of the boxes open, mostly in the old Kilkenny City West area, Cllr Cleere only had 44 votes. He admits he was a little nervous at that stage. But as his areas came in, it was clear he was going well.

“Most of the stuff that came up on the doorsteps on a negative side would have been national issues,” he said.

“You’re talking about broadband, children’s hospital, health, and housing. But most people understand that councillors have very limited powers in terms of what they can and can’t do. What they want to see is some action and to see some funding coming in to their areas - be it roads, footpaths, public lighting. They are the things we can do and make a difference.”