Broken promises: Kilkenny fobbed off over MRI year after year, despite funds secured 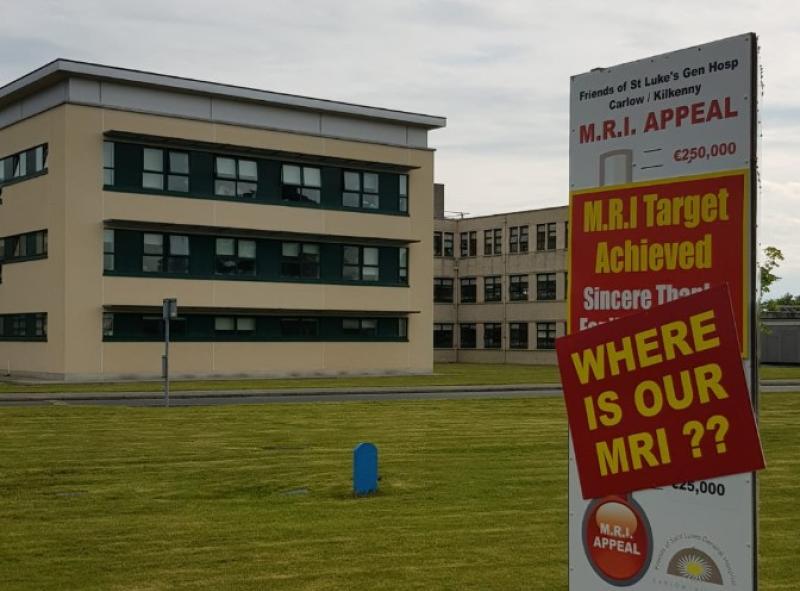 Friends chairman: 'I am looking for Minister Harris to be a man of his word now. I am expecting him to pass the money and let the project proceed — without any further delays or excuses'

There are serious concerns that the long-awaited MRI scanner for St Luke’s Hospital in Kilkenny has disappeared into a ‘memory hole’, and has not been serious priority for the HSE and Government for some time.

Almost one year after Minister for Health Simon Harris visited the local hospital and announced he would release the outstanding funds for the project to go to tender, it has still not happened. The minister initially said the machine was to be up and running this year, but it is now plainly evident that this will not happen.

The Friends of St Luke’s Hospital set about fundraising in 2011 to contribute towards the MRI, and reached their target of €250,000 in December 2016. This money has not been used as the HSE has still not met its end of the deal, despite annual assurances that the project would be provided for in its capital budget since 2017.

Chairman of the Friends Declan McCann says the issue has become a source of deep concern, as two and a half years have passed since the people of Carlow-Kilkenny met the fundraising target, but they have seen nothing as a result. It’s now delaying other fundraising projects.

“We are very disappointed as we had planned fundraisers for another piece of equipment, but we’ve had to put them off because people are asking what happened with the MRI,” Mr McCann told the Kilkenny People.

“We do have the money, and it is ringfenced, but we are not parting with it until we see the MRI. It has cast aspersions, but we felt we couldn’t go ahead. What we need now is the Minister to come and make an announcement, release the rest of the money and get this started.

“We have written to him looking for a meeting, and we got an acknowledgement, but no further response. It’s very frustrating because it has been promised for so long.”

The Kilkenny People has seen three letters from the HSE, dated from February in 2017, 2018, and 2019. As is immediately obvious, the letters are of a standard format with minimal changes made to the subsequent year’s edition. Each confirms to the recipient that the MRI has been included in that year’s capital plan and that it has been granted a capital allocation. 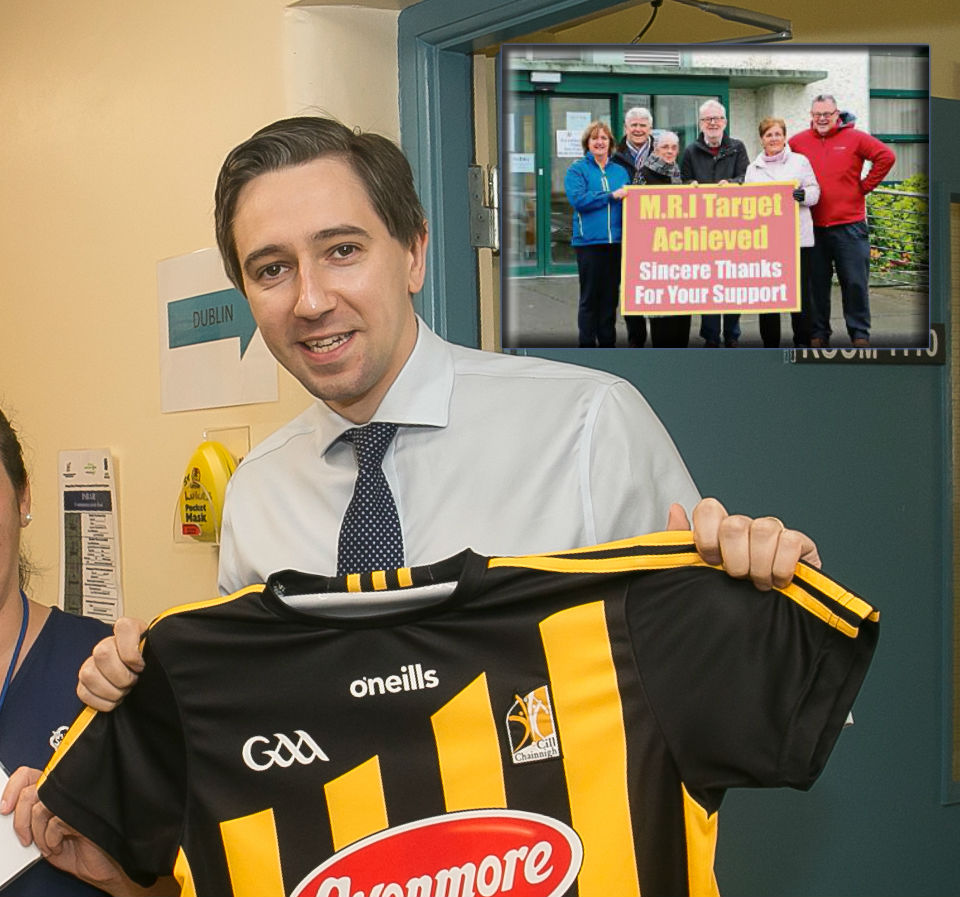 July 2018: Minister Simon Harris holds a Kilkenny jersey on his visit to the local hospital last summer. He said he would shortly release the funds to allow the MRI to go to tender

In 2017, the HSE confirmed approval of €2.45 million for the MRI, while during Minister Harris’ visit last July, a further €1.25 million was confirmed to fund all capital costs. He announced he would release the outstanding funds to allow the MRI project to go to tender.

However, almost a year on, there doesn’t seem to have been much progress. Responding to enquiries from the Kilkenny People yesterday about the delay, the Ireland East Hospital Group said it was expected funding for tendering and building would be secured in the 2020 capital plan.

“St Luke’s Hospital and the Ireland East Hospital Group are working with the Department of Health to secure the MRI machine for the Hospital as soon as possible,” said the response.

“The provision of the MRI Scanner has been included in the HSE’s 2019 Capital Programme. The pre tender cost report was submitted to HSE Estates. It is expected that the funding required to proceed with the tendering and building costs will be approved in HSE’s 2020 Capital Programme.”

Mr McCann is baffled by this response. “Another copy and paste job,” he said.

“After letters for 2017, 2018 and 2019, we have had enough of those. I am looking for Minister Harris to be a man of his word now. I am expecting him to pass the money and let the project proceed — without any further delays or excuses.”

Local TD John McGuinness, who has repeatedly raised the issue through Parliamentary Questions, says the situation is not good enough, and Minister Harris needs to answer some hard questions.

“It’s clear that the public have been mislead by the Minister,” he said.

“There are huge waiting lists for scans, and, as a result, patients cannot get the medical interventions they need. It’s appalling that the Government should treat patients so badly and then attempt to hide the facts in media spin. Grant the funding and tell the truth.”

In May of this year, Minister Harris spoke on local radio KCLR 96FM, where he said the MRI was “progressing very well”. He said the tender documentation would be ready to go “in the next couple of weeks and that the tender will then go out this summer”, and added that he wanted to reassure people it would be funded and it would be delivered. “It is definitely happening,” he said.

But speaking to the Kilkenny People yesterday (Tuesday), Mr McCann said something is not right.

“[Simon Harris] said ‘I guarantee it will be going ahead and I will be back by the end of June,” he said.

“(In July 2018) he said the project would be going to tender in the coming weeks. He said it should see construction start in early 2019 and the facility in place in 2019.”

READ MORE: WHERE IS OUR MRI MINISTER?

“We got a commitment and we expected this to be in place by now.”

When this newspaper enquired as to what the delay is, the Department of Health yesterday said the project was ‘ready to go to tender’.

“The HSE has advised that the MRI Project in St Luke’s Kilkenny is ready to go to tender, and the Department of Health is continuing to work with the Department of Public Expenditure and Reform and the HSE to finalise, as soon as possible, a multi-annual Capital Plan for the HSE,” said a spokesperson.

“The Capital Plan will determine the projects that will progress in 2019 and beyond having regard to the available capital funding, the number of large national capital projects currently underway, the cashflow requirements attaching to each project and the relevant priority.”