A day in the life - Sinead Ryan 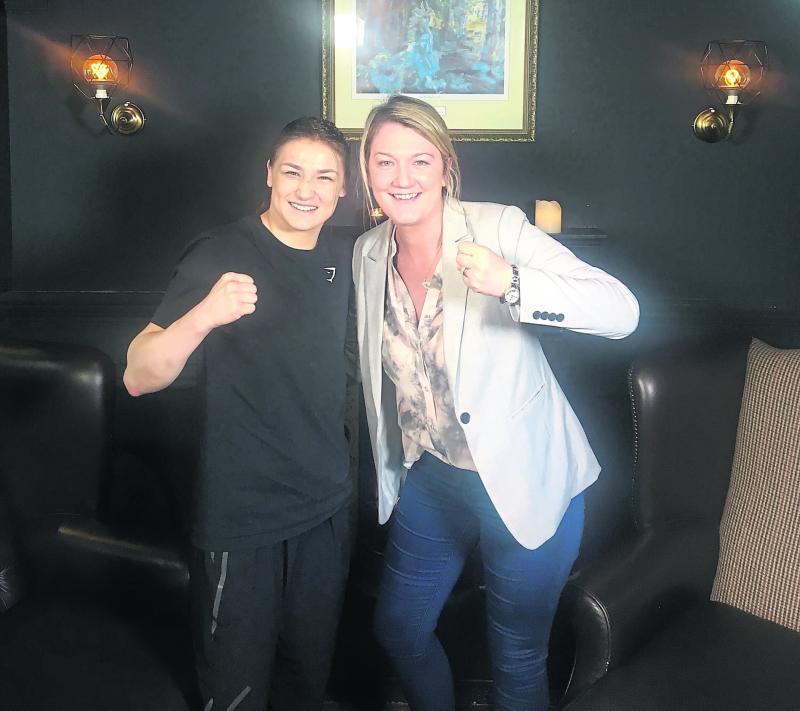 Sinéad Ryan is the Producer of Ireland’s longest running morning television show “Ireland AM” on Virgin Media One.
Now living in Athlone, she is originally from Firhouse in Dublin, her father is from Annacarty while her mother is from Galmoy. Sinéad loves coming to Kilkenny any chance she gets to spend time with friends and family.
She first started out in media here in Kilkenny in 2002 when she worked part-time between Newstalk106 and KCLR96FM. She moved to RTE, working on shows like The Sunday Game, 2008 Olympics and Champions League before joining TV3 as a Researcher on Ireland AM and gradually moved to Producer and then Forward Planning Producer of the popular morning show.

Describe your typical day before, at and after work.
Morning – There’s two different scenarios here i.e. if we are broadcasting in or out of the studio. If the show is being broadcasted from an outside location, known as an OB, we have a 5am start.
The main bulk of the work is done prior to going on site. Meetings with the clients, run their key messages and work with editorial that the message is communicated.
A recce is done of the location to make sure light, location etc is sorted, I make sure the shoots are ok and then we are live for 3.5 hours!
If we are in the studio, we work at least three weeks in advance and a detailed slot/interview can take up to two months to organise.
There is a gallery producer on site each morning and after each show we have a debrief meeting where we chat through the show in detail – what worked and what didn’t work.
All days are different - I might have to edit a package, deal with commercial and clients or film a package for the next day. Just before lunch is when I get to look at my emails and we can get between 500 and 1,000 a day.
Afternoon – If I am on an early slot , I drive back home to Athlone, have a nap before collecting Tomás from the childminder and go for a walk with him around Athlone.
Evening – Dinner is at 7pm. I go to Bootcamp twice a week and before bedtime I check in on my mails.
Sinead tell us something that people generally wouldn’t know about you?
It’s very strange but I have been collecting shot glasses for years! I have 387 different shot glasses that I have collected from all around the world (Very exact but they are all different so I have to count them all).
I am also trying to learn the button accordion. All my Kilkenny pals go to Doolin every year for a Micho Russell Festival, Derek bought me a button accordion a few years ago and lessons so the aim is to jump into a session someday.

Any pet hates?
Rude people, there’s no need to be rude in life.

What do you think your best quality is?
I’m a chatterbox! I’d talk to the wall if it would talk back to me.

You worked on sports shows for years. What sports do you play yourself?
I used to run competitively when I was young. I played basketball for years and camogie for Ballyboden St Endas. Now I do the odd 5km, go to bootcamp each week and walks most evenings.

Who are your idols?
Katie Taylor and Sonia O’Sullivan. I’ve met them a good few times so they both know I have a grá for them.

What’s on your bucket list?
I’d like to bring Tomás to all the different islands of Ireland – we take them for granted . I filmed on Clare Island last year with Catherine Leyden from the show and it was amazing so we plan to visit more. I’d like to play my accordion at Doolin sometime soon and each year myself and my family try to go to a big sporting event.

What is your favourite TV Show besides Ireland AM?
I love reading and watching shows about true crime so Netflix is fairly popular at the moment.

Do you have any downtime working on a busy show?
I love getting massages and going for walks. I’m PRO for my GAA club in Dublin – Ballyboden St Enda’s so I go to a good few games which is a great way of winding down – sometime!

Do you read newspapers much?
I always read a few newspapers a day - my Mam and Dad would always buy papers when we were growing up. It’s very important to be on the pulse of things for a live show and there is always a good few human interest stories that you might only find in a newspaper. Mam gets the Kilkenny People delivered to her every week in Dublin and my Dad gets the Tipperary Star.

What’s your favourite thing to do when you come to Kilkenny?
I visit Kilkenny and Tipp every few months. My aunties live in Kilkenny City so I visit them a fair bit and my friends are in Kilmanagh/ Ballycallan so there is always a night or two organised when we go down.

Kyteler’s Inn would be a regular haunt and you can’t go wrong with some local traditional music in Ryan’s. Kilkenny is a great spot and suits everyone.

Ireland AM will be celebrating 20 years in show business on 19th September next. Sinead is currently travelling around Ireland broadcasting from different locations so be careful she could end up on your doorstep for a chicken winner dinner, playing her beloved accordion, and on the lookout for more shot glasses!