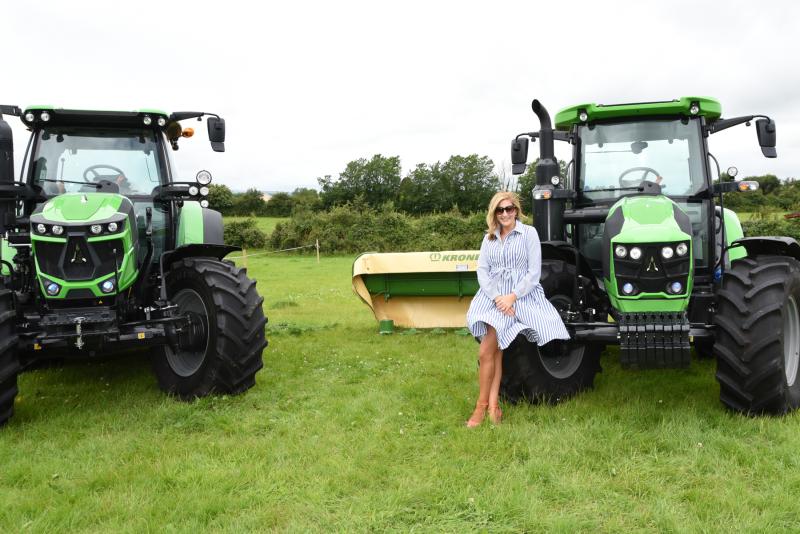 Siobhan Donohoe back to her roots at the Ballyfoyle Agricultural Show

Growing up on a farm meant a different agricultural show every weekend, so it was great to take a trip down memory lane with my kids last Sunday at the inaugural Ballyfoyle Agricultural Show.

For the past 24 years the committee have being running the show as a gymkhana. However for their 25th anniversary they hosted their first ever Agricultural Show. They certainly did not disappoint, there was something for everyone. The show had an extensive range of horse and pony classes and a trade stand field which included horticulture and tea tents, Macra-Na-Feirme, a dog show, large local vintage displays plus lots of trade stands and entertainment for adults and children.

No agricultural show is complete without a baking competition, which was judged by Anna Corr and Anne Neary. There was art and crafts for juniors, a LEGO competitions and Bord Bia veg ‘n fruit from your garden competition. People even learnt a few new moves on the dance floor with Dancing with Declan!

Ann Callanan, Chairperson of the Show said they were delighted with the turn out on the day as her aim was to bring back a good old fashion show for a family day out. On a more serious note she wanted “to give people who are breeding the standard horse a chance to show their stock.” She was also thrilled with an entry from Mickey J Pender who show jumped on the day saying “Mikey supports us every year at the Ballyfoyle Show and it was a great honour for us to see him again this year as he is just back from his triumphant win in the Hickstead Derby, England”

The inaugural Ballyfoyle Agricultural Show also received great reviews from Jim Harrison, Chairperson of the Irish Show Association who appeared on the day and according to Ann “he was blown away with the standard”. Something tells me this is the start of many for Ann Callanan and her team. 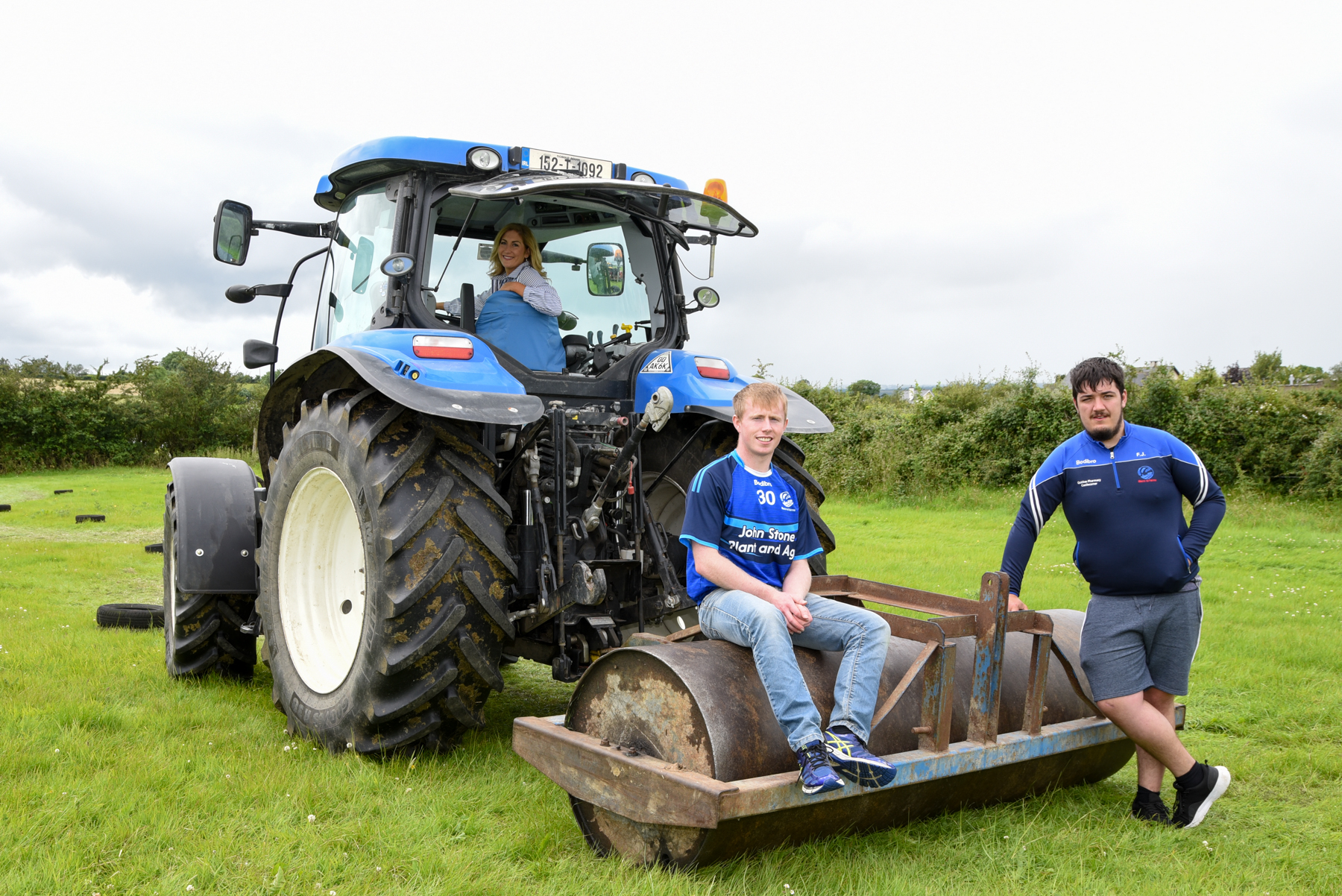 The Keep Kilkenny Beautiful (KKB) volunteer group need to take a bow for keeping our city clean and of course Kilkenny beautiful. The group are currently undertaking a summer clean up right around the city on Saturday mornings. This is a regular occurrence at 10am most Saturdays, so if you see them, do join in to help.

Tidy Towns judges are currently judging cities and towns throughout Ireland and it is important that we keep Kilkenny looking it’s best during the summer. Volunteers or groups who would like to assist can contact the KKB secretary at 086-1687553 or mail@keepkilkennybeautiful.com 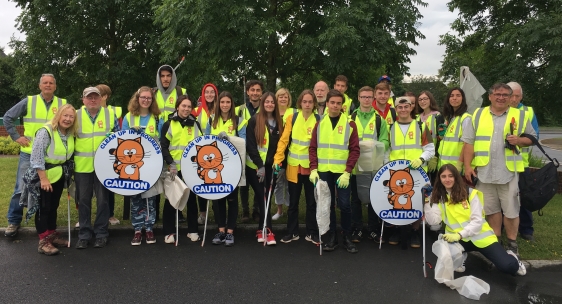 If you have a passion for nice food and cycling then the Kilkenny Recreation & Sport Partnership Bike Buffet was the place to be during Bike Week.

A working bike, helmet, a willingness to enjoy food, chat and cycle a couple of kilometres are the prerequisites for taking part in Bike Buffet – racing is not allowed!

In previous years the Bike Buffet has taking in multiple destinations around Kilkenny but this year cycling foodies visited just one – Ryeland’s House, where host for the evening was the wonderful Chef Anne Neary. After assembling on the Parade Plaza at 7pm, the group of twenty and two guides undertook the slow cycle on their trusty bikes through narrow roads to Cuffesgrange.

The Bike Buffet which has a ‘no lycra and lots of chat’ policy, has been so popular that the gourmet journey has now been adopted as part of the Savour Kilkenny Festival each year. 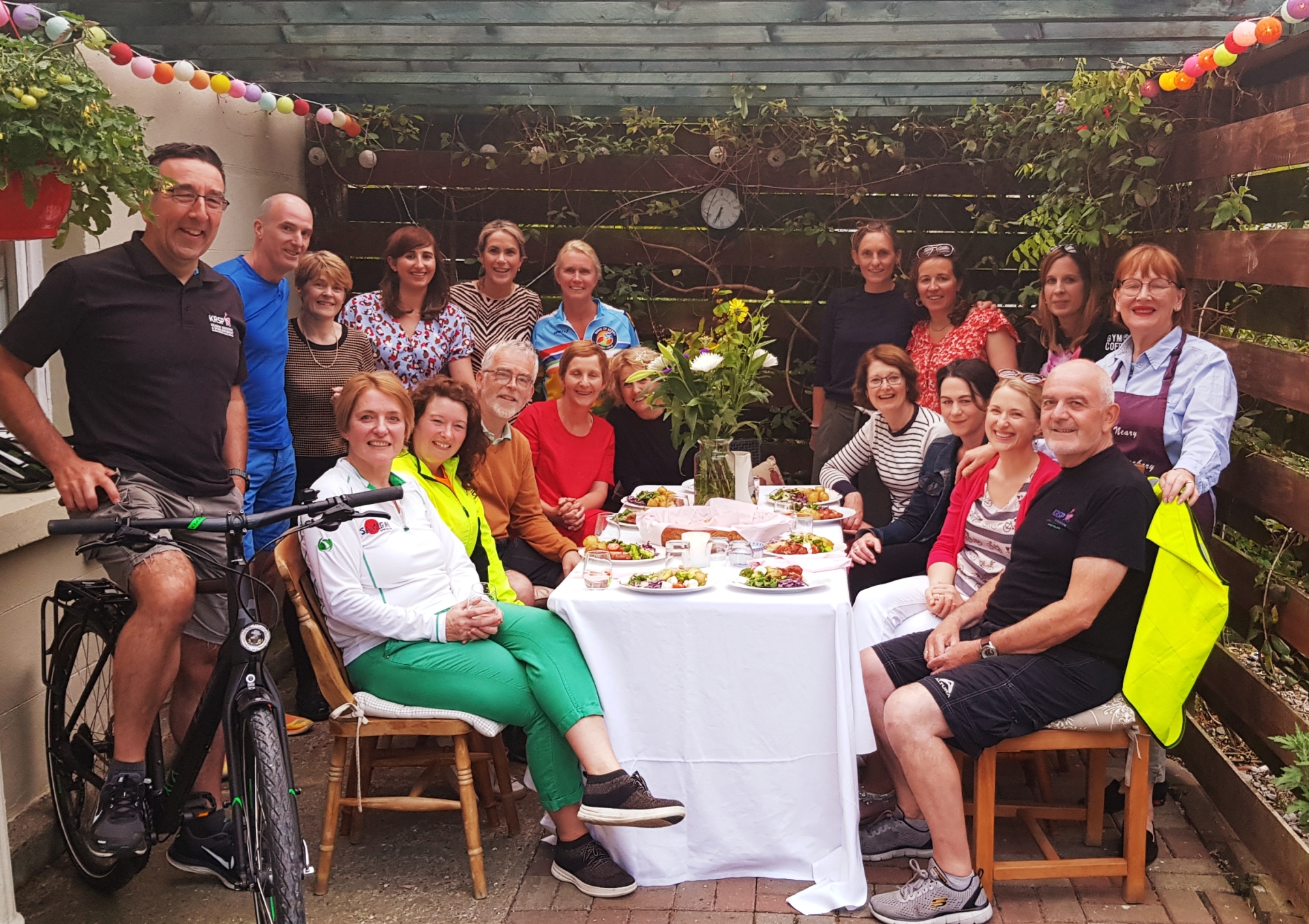 Rugby Sevens was a Success

The Marble City 7’s tournament kicked off last weekend in Kilkenny Rugby Club with 23 teams competing to be 2019 champions.

The Men’s Social Final was hotly contested by WIT and Band of Breathas (Dublin) with the former claiming the prize money on their first visit to the tournament. The Women’s Final was contested by both Railway Union teams who fought it out in a close game.

The final game of the day was the Men’s Elite Final between ITReject’s (Athlone) and The Wild Geese. ITRejects dug deep but the reigning champions Wild Geese took the grand win.

The festival atmosphere continued all day with a BBQ and music. Brogan’s Bar, who kindly sponsored the tournament hosted the pre and post parties. 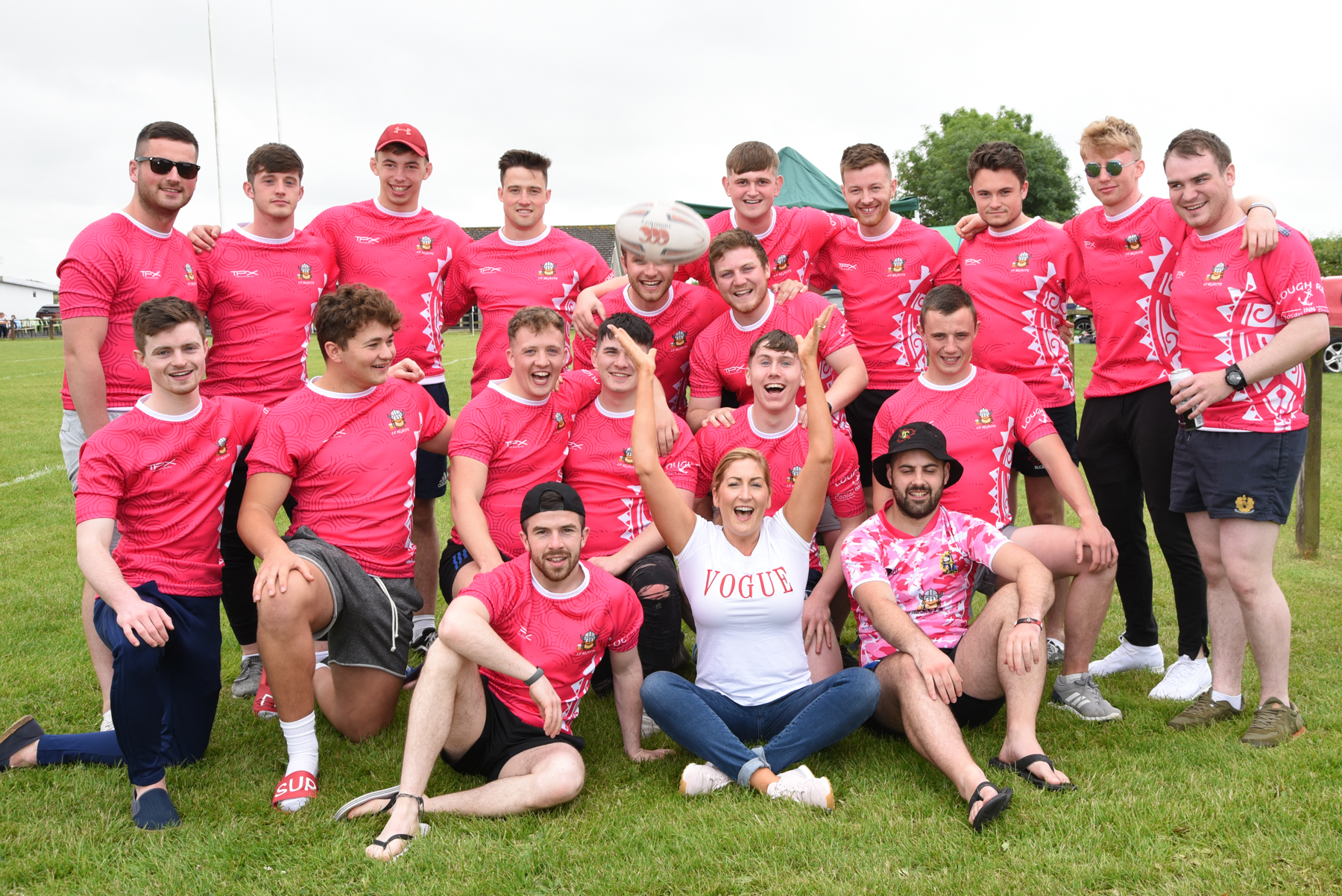 The Coffee Man of 95 Degrees

Matt Comerford calls his business “95 Degrees” because he believes this is the optimal temperature to serve up the perfect cup of coffee. When he is not working at his full time job in the Army as a Corporal, Matt can be found serving the finest hand roasted coffee made fresh from Tra Coffee Roasters at Jenkinstown Woods or at festivals around Kilkenny.

His quirky coffee dock is a vintage mobile horse box which he lovingly renovated by hand himself. His interest in coffee simply came from travelling across different countries and checking out flavours and different brewing techniques. Matt reckons "once you try a quality brew it's hard to go back". 95 Degrees is now serving ice coffee for the summer months! 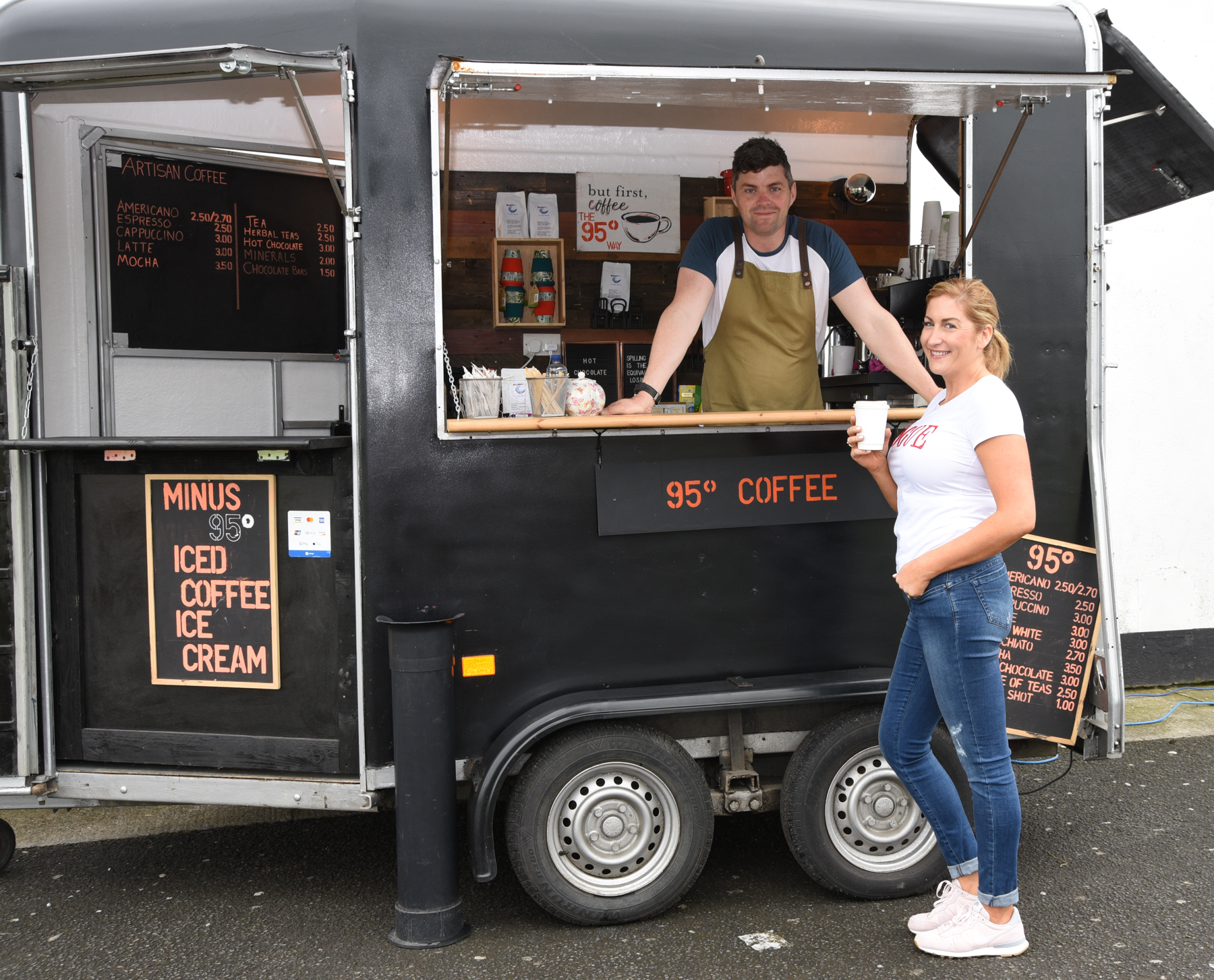