Cllr Joe Malone, who was the last to have it, says he does not think it was stolen 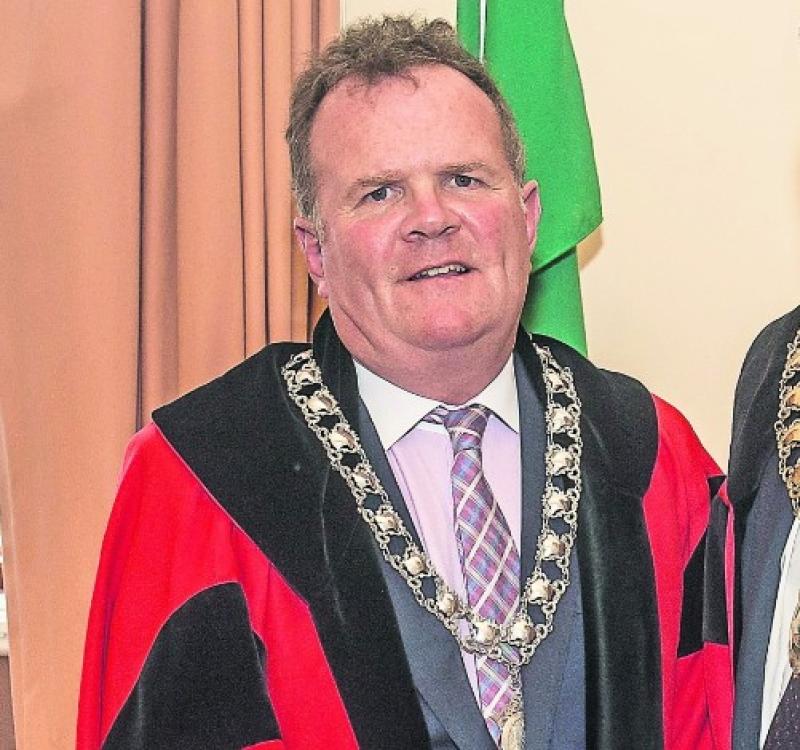 Cllr Joe Malone, pictured here wearing the missing chain last year, has said he is prepared to foot the bill for a new one

The Deputy Mayor of Kilkenny's chain of office is missing, and has been so for at least seven months now, according to its last steward, Councillor Joe Malone.

The chain is a silver replica of the gold chain worn by the Mayor of Kilkenny. While Cllr John Coonan is now the incumbent having been elected deputy mayor in June, he currently has no chain to wear in the performance of his duties.

Speaking on local radio station Kclr96fm this morning, Cllr Malone said he didn't think the chain had been stolen and had not reported the matter to gardaí.

"It went missing last November - I noticed when I wanted to go to a function and I didn't have it," he said.

"I looked high up, low down - one of those things - and I got a bit worried after a few weeks when I couldn't find it. I thought it was between the van and my house, and I can't find it - it's mislaid, misplaced."

The Fianna Fail councillor said he had notified the council's corporate affairs department in February/ March to report it missing.

Speaking to the Kilkenny People this afternoon, Cllr Malone said he takes full responsibility for the item going missing, and he is prepared to foot the bill for a new chain.