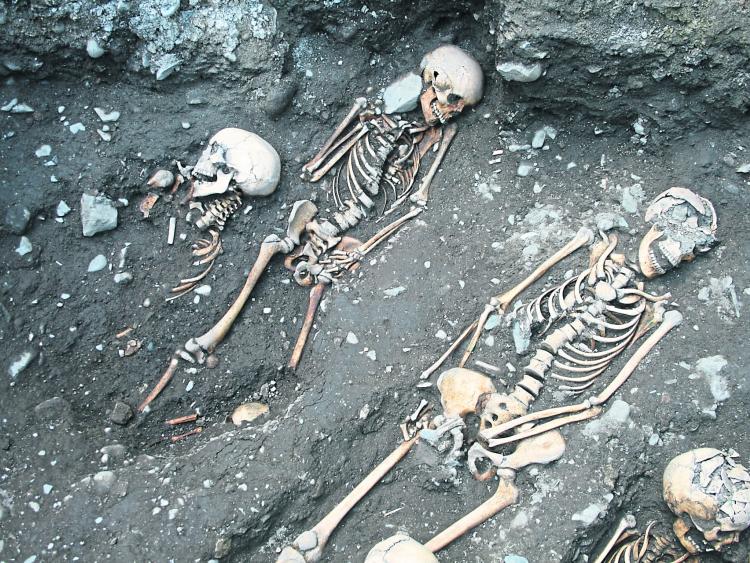 When the skeletal remains of 22 poor people were excavated at the entrance to the Medieval Mile Museum on Mary’s Lane in the centre of the city two years ago it resonated with people.
Crowds were five deep watching Cóilín Ó Drisceóil and the team from Kilkenny Archaeology as they painstakingly removed the remains, uncovering the secrets of their incredibly tough lives.
Now, a new fascinating permanent exhibit of three of those female remains are to become a central part of the story at the award winning museum.
3 Lives 3 Deaths tells the gripping and tragic story of a woman in her late forties, aged beyond her years; a teenage girl whose short life of toil was written on her bones and an adolescent who suffered malnutrition.
Concealed for centuries, their stories are told for the first time and will perhaps rectify the imbalance of how women were literally second class citizens. 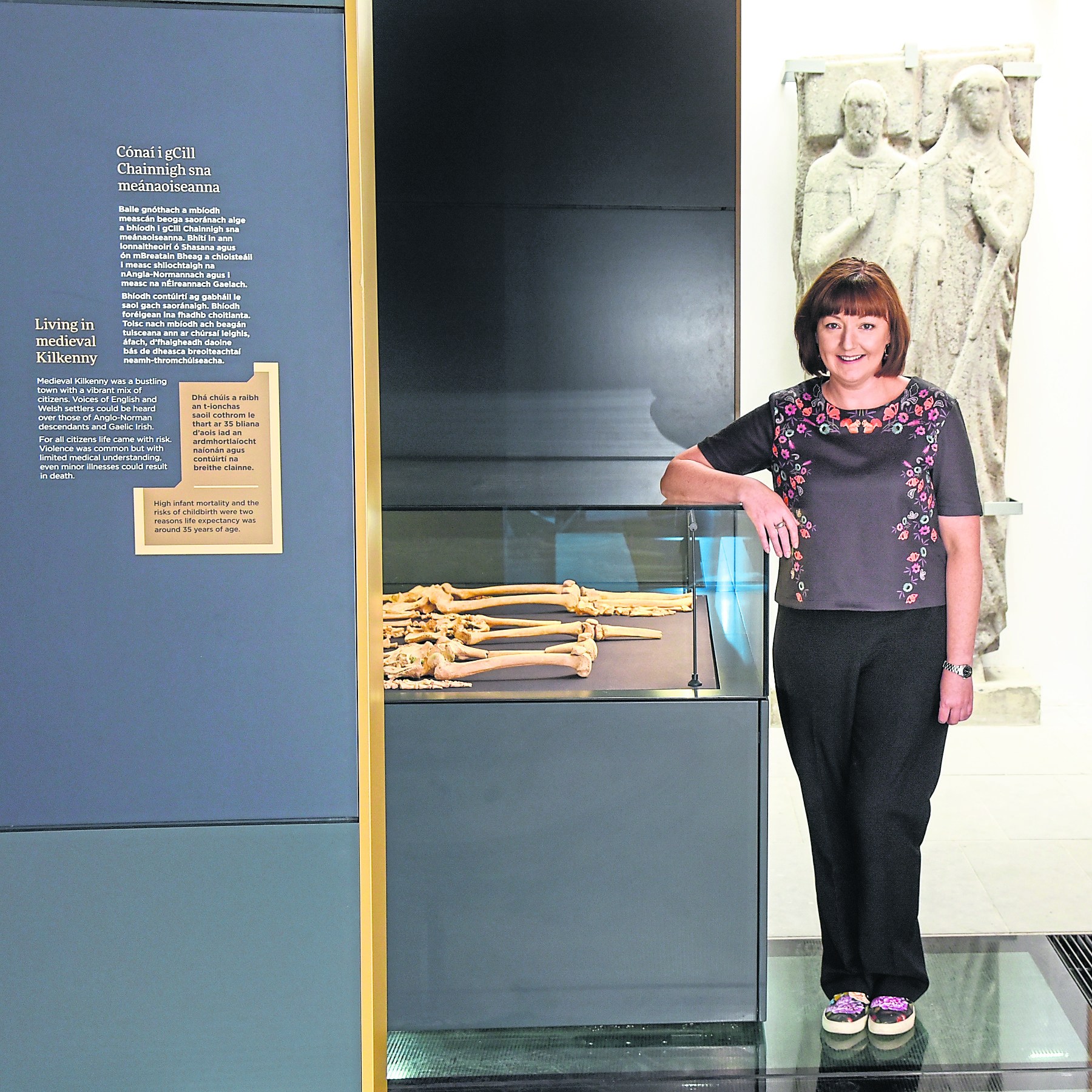 The skeletal remains of the 12 year old child in the exhibit are probably the most unsettling part of the dramatic display.
Her arm was broken and she showed signs of malnutrition and her skull showed evidence of a constant battle with infection.
The nine separate pieces of her skull are being pieced together and digitally scanned at John Moores University in Liverpool to create a digital portrait of what the child looked like, reconstructing her facial features.
When completed it will form part of the exhibition.
Curator of the Medieval Mile Museum, Grace Fegan is looking forward to the official opening of the exhibition on July 25. She feels that the story of the three females will make up for the way women were treated in medieval times and the fact that so few of them are interred in the grandiose burial chambers and ornamental tombs at St Mary’s.
“We have come along way and an untold story will finally be revealed ,” she said.