Kilkenny and Proud with Siobhan Donohoe 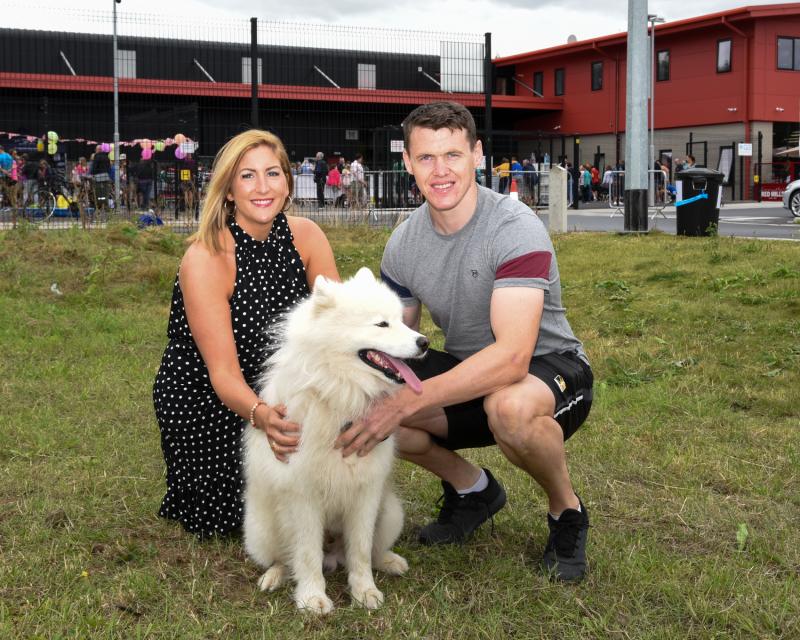 Barkfest – the South East’s Summer Festival for Dogs was a first for Kilkenny last weekend.  Set in the Dog Friendly RED MILLS Store & Café, it was a free event with lots of pawsome activities lined up to keep you and your pooch entertained!

2019 Crufts winners – the Aces High Flyball team kicked off the day with an impressive display of their two relay teams competing against each other. Members of the Aces High Flyball Team were delighted to meet up to talk about breeding, raising, training, and competing with their dogs in the great sport of flyball. With a mix of breeds ranging from rescue Collies to Whippets and everything in between, these Aces dogs are cherished pets by their handlers. Although they compete at the highest level in their chosen field of flyball, many of them will also snuggle up in their owner’s beds at night, just like any other family pooch.

Red Mills put on a fabulous ‘Sausage Sizzle’ BBQ for another group of guests - Dublin’s ‘Sausage Dog Social’. The club get together every month for a Dachshund outing, where there’s hot dogs galore! The group didn’t go back empty handed as their miniature Dachshund puppy “Doc Watson” wowed the judges and won “Best Puppy” on the day. 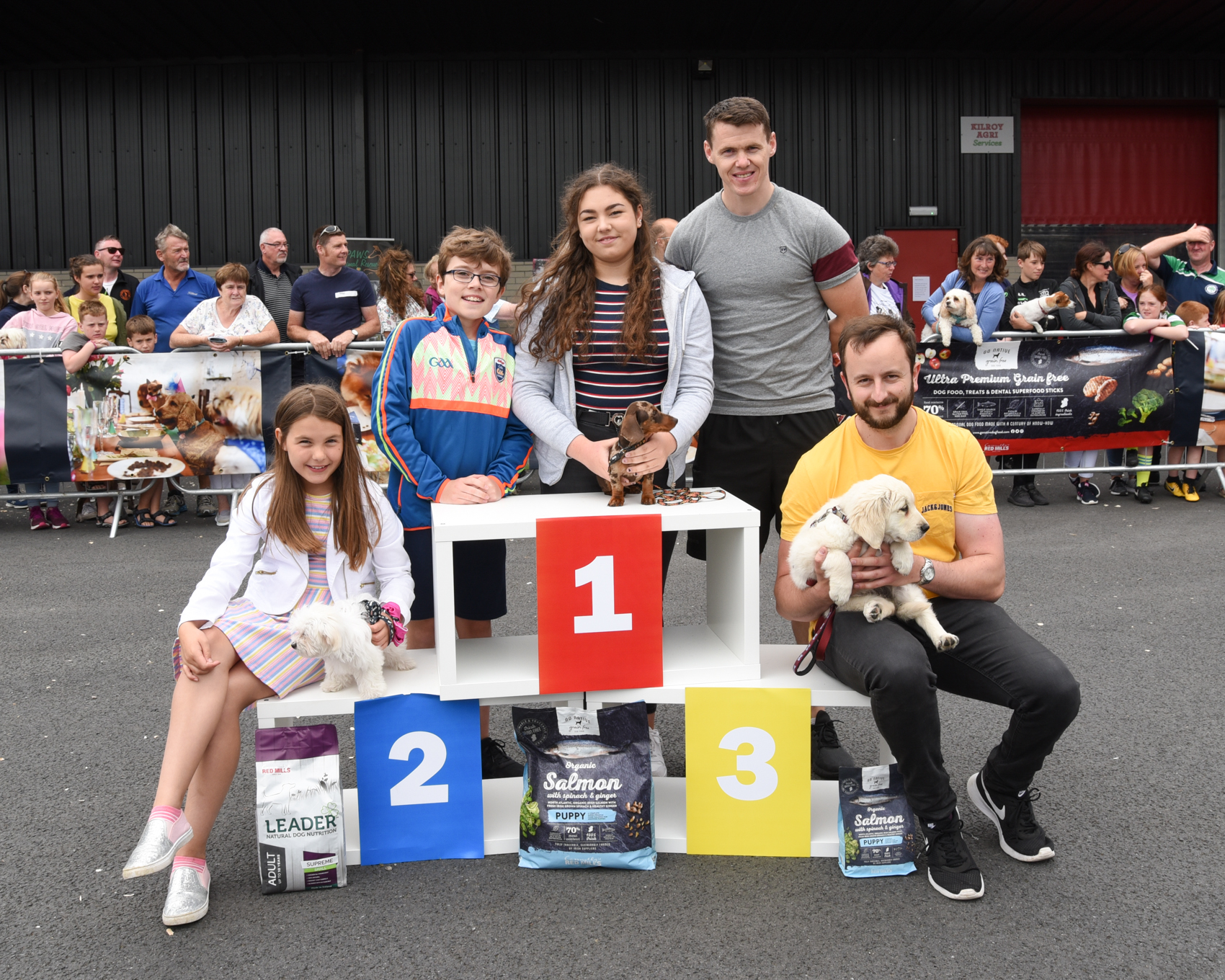 The judges certainly had their work cut out judging the twelve fun dog show classes. Celebrity judge, Hurler TJ Reid and his assistant, TV’s Tina Koumarianos were on a mission to find Kilkenny’s Next Top Madra! The fun classes, included ‘Egg & Spoon race on a lead’, ‘Best Golden Oldie’ and ‘Most Pawsome Pup’ with over 100 dogs entering on the day!

The members of the Irish Therapy Dogs were delighted with Redmills first ever Barkfest as all proceeds from the dog show entries was kindly donated to help their charity. €400 was raised on the day and this has been kindly matched by RED MILLS, with €800 in total going to the very worthy charity.  Irish Therapy Dogs’ Mission is to provide physical, therapeutic and educational benefit to people, young and old, fit and frail, alert and impaired, in Hospitals, Nursing Homes, Day Care Centres, Schools and other places where people may be restricted from having pets and where the presence of dogs and their owners, adds comfort and support. They truly are man and woman’s best friend. 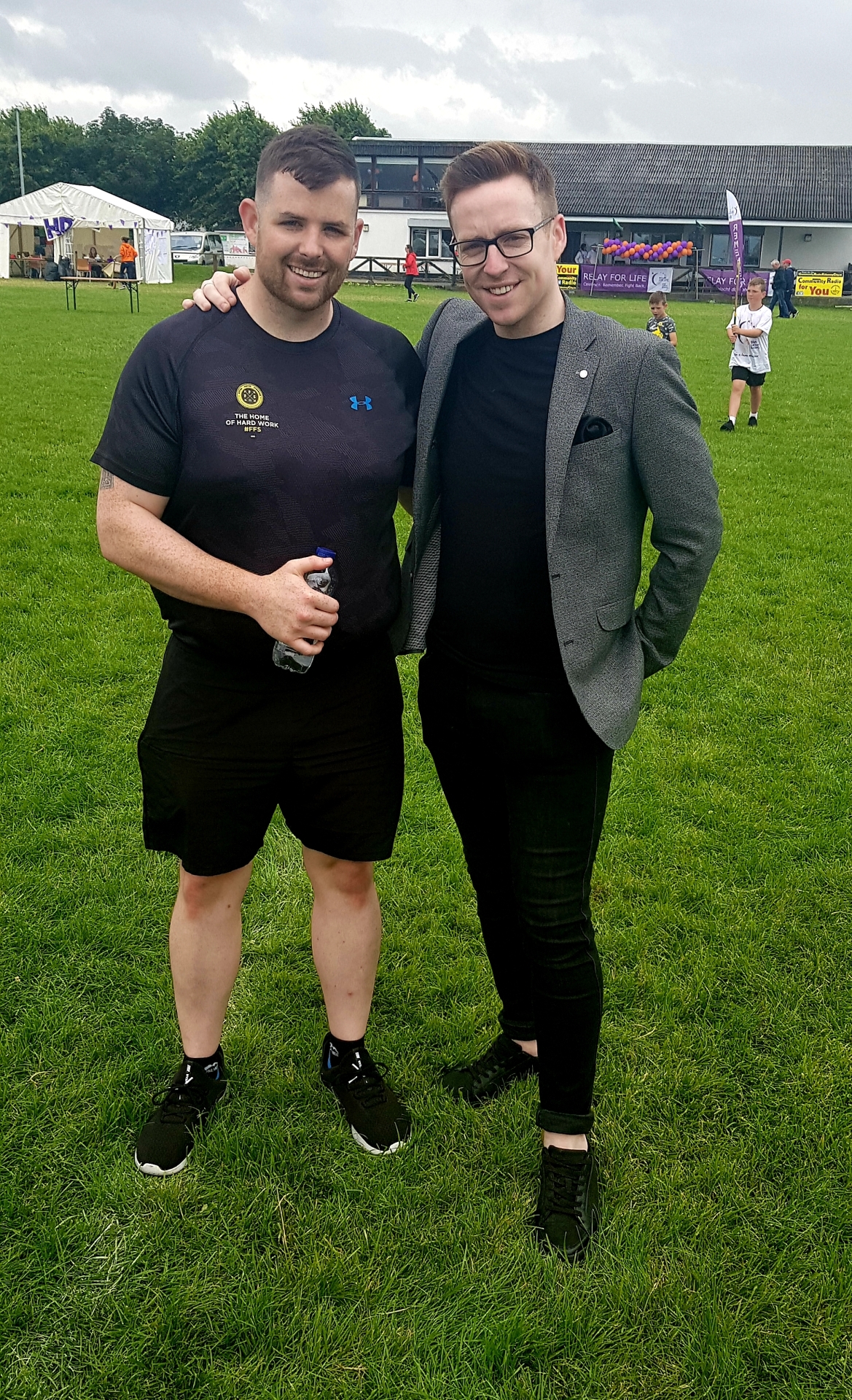 Neil Gunning walked and ran for twenty four hours solid at last weekend’s Relay for Life in Kilkenny. He started at 3pm on Saturday and finished at 3pm on Sunday, walking and jogging around Kilkenny’s Rugby Club pitch. Neil thought of his late mother Eileen every step of the way. Eileen Lynch lost her battle to cancer ten years ago and every year since Neil has participated in a fundraiser for The Irish Cancer Society. This was his first attempt at the 24 hour challenge and he did himself proud, completing 100.15km in total with an hourly goal of 4.2km. Ambassador of Kilkenny’ Relay for Life John Edward Nolan was there to cheer him on. 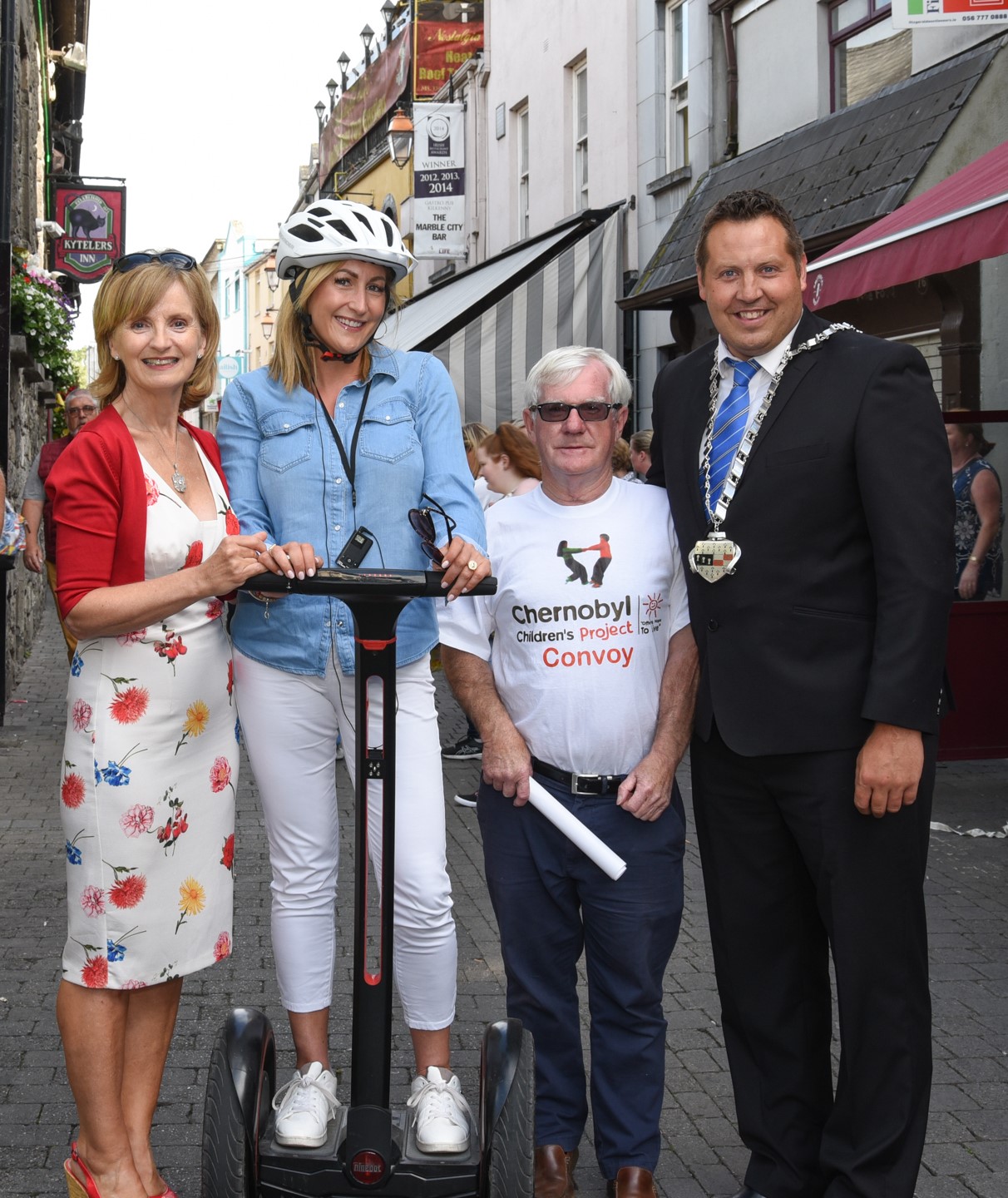 The wonderful people of Kilkenny made history last week with the first human chain formed by the Chernobyl Kilkenny Outreach Group. Nearly 1,000 people showed up to support it. The heart-warming human chain was formed around Kieran Street, Rose Inn Street and High Street. Once the chain was formed the crowd all raised their posters in unison. Each poster had one word written on it - representing what Chernobyl meant to the individual. Some people had written “hope” others had “care” and “love”.

Adi Roche of Chernobyl Children International was there too and she said the people of Kilkenny offered so much hope. Sasha Levkin from Vesnovam Chernobyl also spoke beautifully afterwards to the crowd, telling us “We need your help. We thank you all for showing us how beautiful life can be when you bring us to Ireland.”

Chernobyl Kilkenny Outreach Group raised much needed funds of €3,600 from the event and were so proud of the turn out from all the people of Kilkenny. Committee member Carmel Everard said on the night “this has being so heart-warming for all the children of Belarus to see.”

Relay for Life making a difference for The Irish Cancer Society 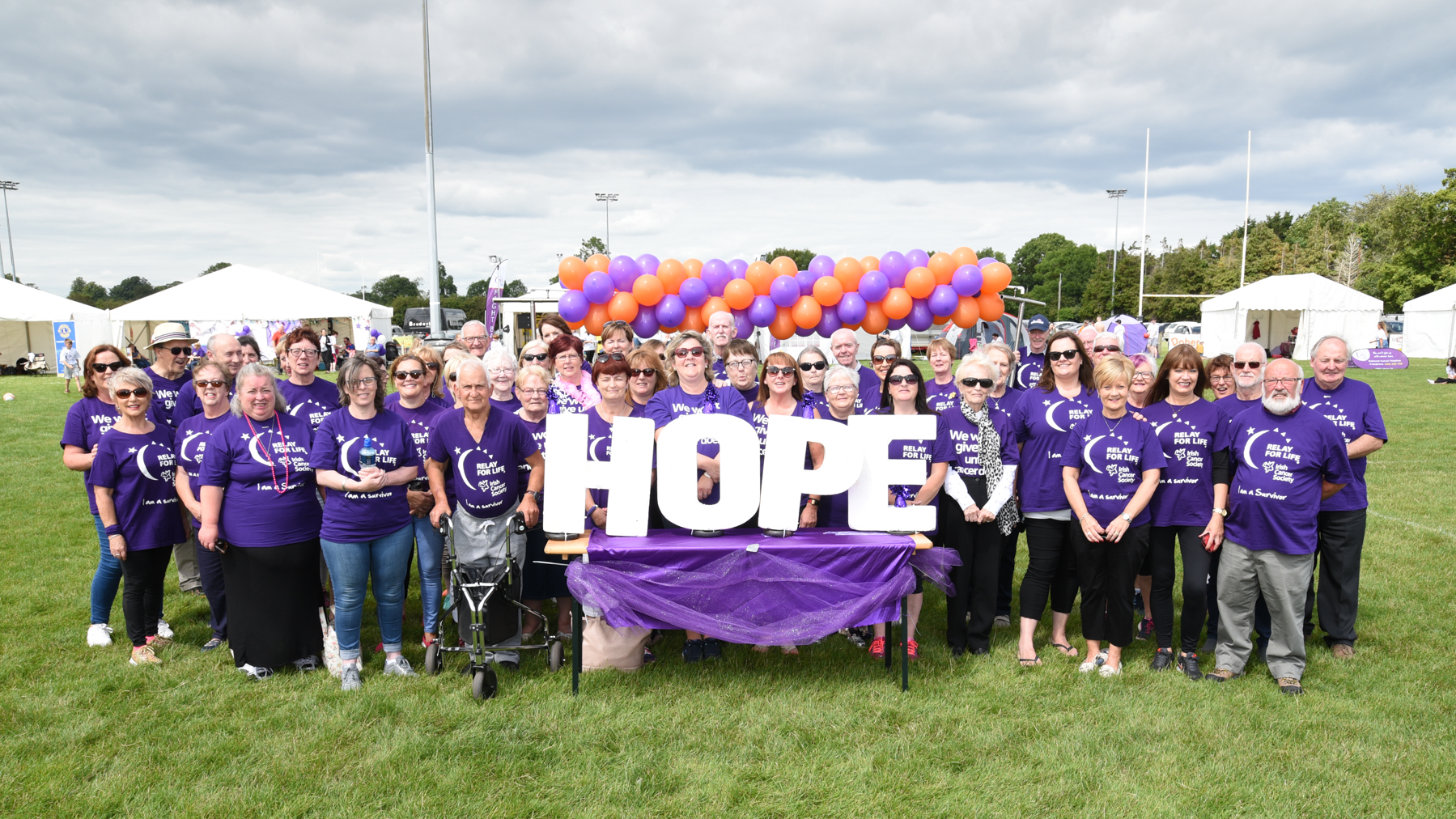 The 7th Annual Relay for Life Kilkenny took place over the weekend at The Kilkenny Rugby Club and once again it was a huge success. 24 teams took part, with in excess of 700 friends and family attending this very special occasion to raise money for The Irish Cancer Society.

Kilkenny's Relay for Life Chairperson, Josephine Kelly, said “year after year the support we receive is just outstanding. We would like to thank the many local businesses that support us as the entire event is run on goodwill”

The very poignant Candle of Hope ceremony on the Saturday evening was moving as it always is. The Kilkenny Gospel Choir led by Fr. Willie Purcell along with a very special performance from our Survivor Choir and poems completed the ceremony.

The beautifully intricate and highly skilled work of the 2019 graduates of the Design & Crafts Council of Ireland’s renowned Jewellery & Goldsmithing Course was officially unveiled at the opening of AUREA at the National Design & Craft Gallery in Kilkenny.

Aurea, from the Latin term meaning ‘golden’, showcases the high level of craftsmanship and expertise developed by the 12 students during the intensive two-year programme at DCCoI’s Centre of Excellence in Jewellery & Goldsmithing. The exhibition runs until Monday, 5th August.