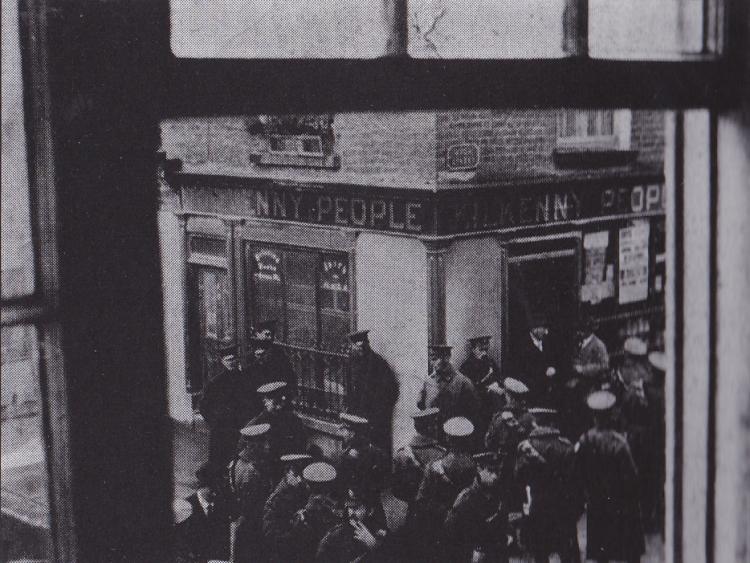 Troops and police gather outside offices on James Street, Kilkenny in 1919