Ronan Tynan and Arts Festival swing into Kilkenny this week

Some of the highlights for the coming days 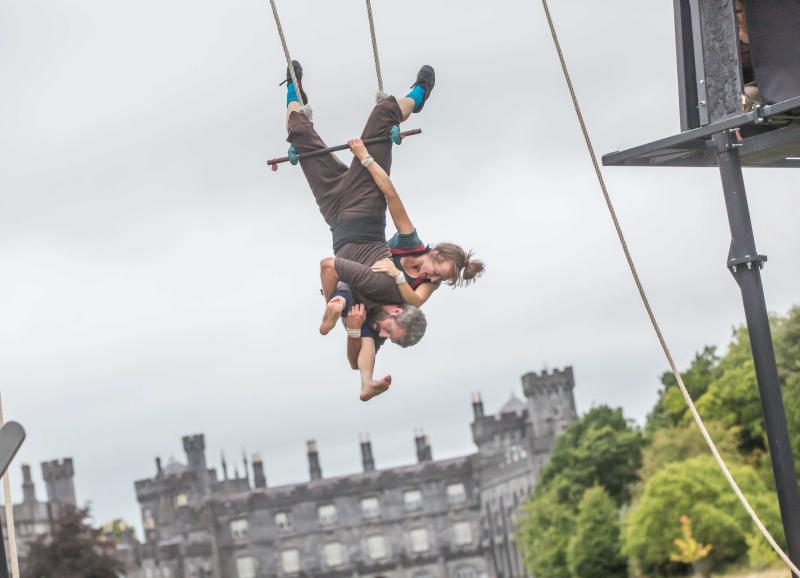 So much to do and so little time, get planning early for the week ahead!​

Thursday and Friday see the festival fun take over with offerings beginning to show as part of the Kilkenny Arts Festival and Alternative Kilkenny Arts Fringe while Thomastown Creative Arts can also be enjoyed.

Friday alone boasts the Irish Chamber Orchestra from 4pm as part of the afternoon concert series at The Black Abbey while James McDonald performs a classical guitar concert at the Home Rule Club from 7.45pm.​

The Newpark Residents Association’s Intercultural Miscellany kicks off at the Chapter House at St Mary’s Cathedral at 8pm. This night of music, art and drama features groups from South Sudan, Poland, African nations and Ireland. This is the first of two consecutive nights from the crew at this venue. ​ At the same time Sick Love team with The Wha at Set Theatre at Langton’s.

Enjoy the Headtrip Acoustic Project at Billy Byrne’s Bar from 9pm with a mix of original music and cover arrangements.​
And from 9.30pm catch the first of two light shows and multi-sensory spectacular inside St Canice’s Cathedral.​
Saturday includes another afternoon performance at the Black Abbey, this time from Musici Ireland from 3.30pm.

One of Kilkenny’s most famous sons, Dr Ronan Tynan, returns to the county for a solo show. He’s at Ballykeeffe Amphitheatre at the earlier time of 7pm with gates open from 6pm.

With pianist Alexander Gavryluk having to pull out of the Kilkenny Arts Festival, Barry Douglas steps into the 7.30pm slot at St Canice’s Cathedral.​

You’re invited to ‘Rock Your Socks Off’ at The Orchard House which hosts the Aaron Molloy Memorial Concert in aid of Teac Tom. Expect sounds from The Backyard Band, Elise and Siobhan. There's also a BBQ and raffle with a start time of 8pm and assistance from Community Radio Kilkenny City.​

Martin Lacey is live in the bar at the Home Rule Club.​ Ukraine duo Balaklava Blues take over Set Theatre at Langton's from 9.30pm.

Eurovision representative Mickey Joe Harte makes a long-awaited return to the city on Sunday to play Matt the Miller’s from 10pm.​

Make sure you check out all that's on offer - especially fun are secret garden gigs as part of the arts festival!​