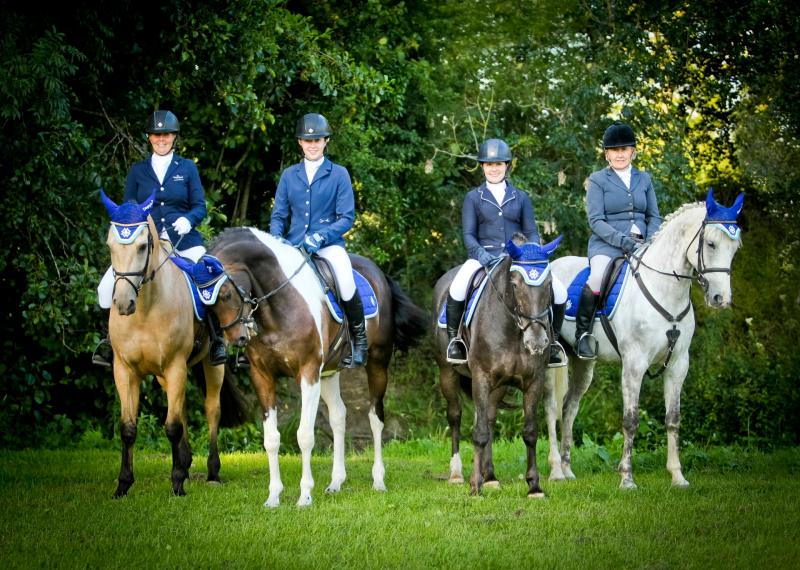 Thomastown and District Riding Club has, for the second year in a row, won the South East Regional Team Dressage Championship Qualifier.

The win qualifies the club for the 2019 AIRC National Dressage Team Championships, which will be held in Mullingar Equestrian Centre on August 18.

Eleven teams representing eight clubs in the South East took part in the qualifier at Wexford Equestrian, where a mere 0.2% separated the top two teams. The team of Caroline Carey on Irish Drummer Boy, Lorraine Hoyne-Casey on Knockpower Playto, Jade Douglas on Carrigbeg Coco and Jo Forde on Bluelake Richard will strive to defend their 2018 title at this years National Championships. Thomastown and District Riding Club had an impressive winning margin last year when winning the Championship title in style in Mullingar.

Caroline, Jade, and Lorraine have also qualified for this year’s Individual National Dressage Championships, along with fellow club member Sinead Boyd on Kiltealy Flight who will take part in the Open Individual Championship.

The team are being sponsored by Dapple Equestrian, a locally based equestrian brand specialising in elegant and stylish equestrian wear for the discerning horse and rider.