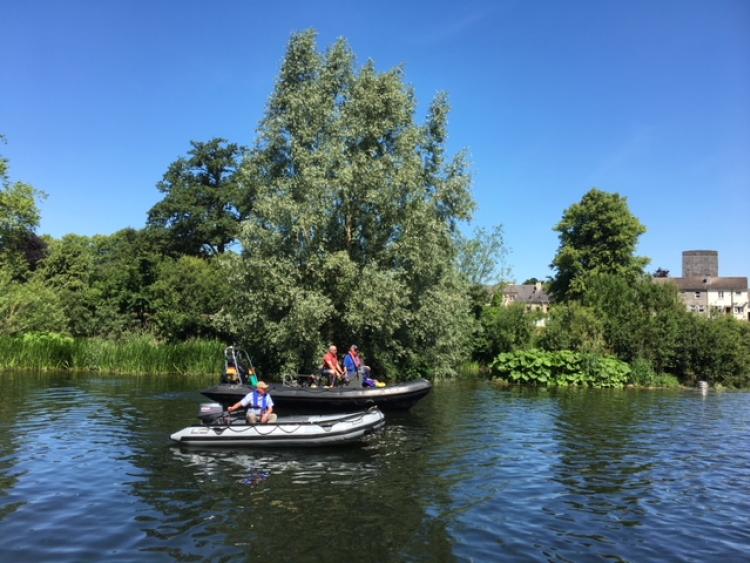 August 2018: Members of Kilkenny Sub Aqua Club teamed up with KKB to help clean up a section on the River Nore

Kilkenny's River Nore has been given a big thumbs-up in the latest results for Irish Business Against Litter (IBAL) for Coastal and Waterways sites.

The river was found to be Clean to European Norms. Shockingly, only 16% of coastal areas and waterways throughout Ireland are clean, according to the litter survey.

While IBAL says the majority of our towns are clean, our beaches and waterways are not. A study of 42 areas across the country revealed that only one in six were deemed ‘clean’, while 14% were classed as ‘littered’ or ‘heavily littered’.

Beaches, harbours, rivers and their immediate environs were monitored by the Environmental Education Unit of An Taisce over the course of the summer. While Lough Rea and the River Shannon at Carrick-on-Shannon and the Nore in Kilkenny were clean, the Barrow in Carlow town and the Tolka in Dublin were both heavily littered.

"This was an excellent site in terms of overall presentation and litter," said IBAL of the River Nore.

"There was a virtual absence of litter throughout the area surveyed and this was particularly good considering the high numbers of people. Evidence of cleaning at time of survey."

"KKB are very proud of the success of the work along the river undertaken this year," he said.

"This success ties in with the waterways Heritage Week walk yesterday - where a large group attended - and also the excellent work being done in conjunction with the sub aqua club, canoe club, Dragon boats, Kilkenny county council and other groups."

The need for action around plastic pollution in the marine and aquatic environment has become a topic of significant public discussion in recent times. The most common forms of litter found at sites by the assessors were food wrappers, plastic bottles, cans and cigarette butts.

“Our regular surveys consistently show 80% of our towns to be clean. We cannot say the same for our beaches and waterways,” said Conor Horgan of IBAL.

“For us as a business group this is about protecting tourism and our recreational assets, but it is equally about global impact and our future - the litter we encounter in these areas will typically enter our seas and add to the problem of marine litter, which is threatening our very survival.”