A day in the life of Brian McFadden 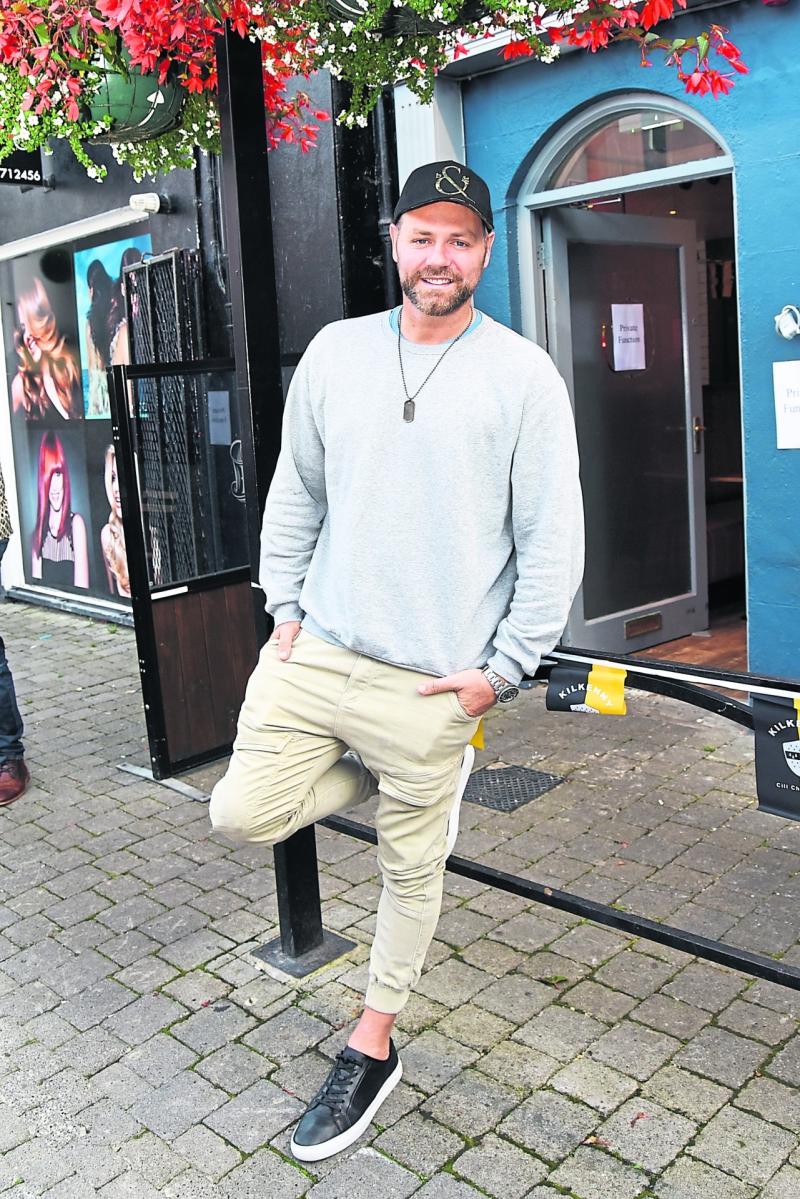 Brian McFadden is an Irish singer, songwriter and television presenter who rose to fame in 1998 as a member of the Irish boy band Westlife. He is from Artane, a northside suburb of Dublin city. His mother is from Tipperary and his father is from Donegal. Brian is the proud father to Molly (17) and Lilly-Sue (15).

Brian left Dublin at 18 years of age to pursue a life in music. Since then he has only lived in Ireland for a total of three years, while living mainly in New York, LA, Australia and London. He turns 40 next April and now lives in Manchester with his girlfriend Danielle Parkinson.

Brian was in Kilkenny recently for the opening of the new restaurant ‘Wishbone’ on Kieran Street.

This is the second Wishbone Restaurant that Brian and his friends James Stimpson, Michelle Hetherington and Dave Clarke have opened together. ‘Wishbone’ has already taking Dublin by storm and expects to do the same in the Marble City where it has opened its doors on one of Kilkenny’s most popular and only pedestrian streets - the historic Kieran Street on the site of the famous Molloy’s bakery. The friends are hoping to open more Wishbone restaurants in Dublin, Galway and London.
On the music front Brian and Boyzone’s Keith Duffy have been touring with their new band Boyzlife since 2015. Boyzlife is the amalgamation of the world famous boy bands – Westlife and Boyzone. The pair are currently writing a new album.

Here is a glimpse into Brian’s world…

Brian, describe your day while recording an album –

Morning – we have been rehearsing in a conference room at the back of a pub in Dublin for a while now, but this week we are moving to Marbella to be with the families while we are rehearsing.
First thing every morning I’ll play  a round of golf with a protein bar for breakfast. Then it’s back to the villa to rehearse for three hours.
Lunch – after lunch we hit the gym for our tour prep before downtime by the pool with the family.
Dinner – there’s a couple of more hours of rehearsal in the villa before dinner with the family.

You are in Kilkenny to launch Wishbone. What’s your favourite thing to do when you are here?

Without a doubt it’s to visit your Castle.
I find it weird that there’s a Castle right in the middle of a town, especially when I came from the middle of a housing estate in Artane!

Do you have formal training in music?

I am self-taught in music. Everything is done by ear. I wrote all the music for piano and guitar for my number 1 hit Real to Me.

You also wrote a song for the Eurovision?

Yes, the glory years of Ireland wining the Eurovision was well gone when I wrote our entry. So the goal was just not to come last. Fair play to the UK  - they gave us one point!

You get in trouble a bit on Twitter with your comments?

I just say what I want to say and I don’t read the replies. People think you are not allowed to have an opinion anymore.

Do you find there’s a lot of pressure on you with social media?

Definitely more people are airing their opinion on social media. Ninety nine per cent of people would not say to your face what they say on social media. People always focus on the one negative comment and they don’t like it if you don’t follow the popular opinion. The people that have a problem are those who are on it all day.

In the middle of our interview, a lady comes out of the betting shop from across the street and asks Brian for his autograph on a betting slip! Do you ever get sick of people coming up to you asking for selfies and autographs?

I don’t even notice it anymore, its happened every day for the past 21 years of my life. However signing a betting slip is a first!

Did you tune into Love Island this summer?

Its normally golf and football that’s on the television in our house. Danielle watches a lot of sport with me, so I did agree in a trade-off to watch one episode of Love Island with her and we were hooked!

Are you still a very keen golfer?

I love golf and play it as much as I can. I just played in the Northern Ireland Open Pro Am with Tony McCoy and Niall Horan.

She just took it up last year and she is very good at it. In fact we met three years ago at a golf event through mutual friends.

So apart from music and golf, you have now ventured into the restaurant business?

Yes I’m proud to be involved with the lads with Wishbone. Irish people have a love of chicken and in particular, our fettish for chicken wings!

So, my good friend, chef and co-owner James Stimpson set about developing the best way to produce a premium product for Wishbone. He spent many months formulating the best way to marinade, coat and cook wings to give our customers wings like no others.

How did the business come about?

I’m friends with James a long long time. When we would come home after a night on the town, James would whip up these amazing chicken wings. We all kept telling him that he needed to open up a restaurant as they are incredible.

What is your favourite thing on the menu?

Tell me something that people don’t know about you?

There is nothing that people don’t know about me, I haven’t exactly had the most private of lives!

I don’t have one. I’ve been very lucky in life and I’ve achieved a lot, so I don’t want to be greedy. I’m just waiting for the bucket to kick now!

Is there anything in life that frightens you?

Rats! On a more serious note I do worry about my kids – they are becoming young adults and they won’t have to listen to their folks anymore. Molly is 17, when she turns 18 I won’t have the right to tell her what to do anymore.

Do you have any words of wisdom to share?

I would advise anyone in their teens to travel before settling down to a job or family life.