McGuinness: Kilkenny must fight to save high-ranking garda presence 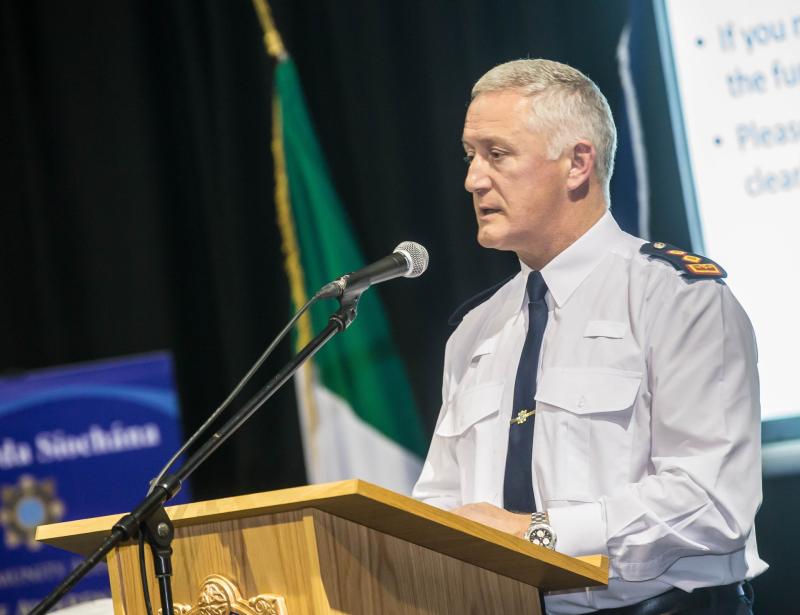 There is widespread political and public support for the garda divisional headquarters to remain in Kilkenny and that the city and county will retain its chief superintendent.

Plans announced by the Garda Commissioner in recent weeks revealed that garda divisions will be reduced from 28 to 19.
Under the new plans Waterford will be included in the Carlow/Kilkenny garda division and pressure is building for Kilkenny to be announced as the divisional headquarters.

Kilkenny has had unprecedented success in reducing crime and enhancing community engagement since Chief Superintendent Hayes took up his position in 2015.

Assault figures for Kilkenny are similarly impressive since Chief Superintendent Hayes and Superintendent Derek Hughes of Kilkenny Garda Station embarked on an innovative method of proactive policing based on a strong ethos of community engagement.

Assault figures have dropped dramatically - in 2017 prior to the implementation of Operation CitySafe there were 55 outdoor assaults in the first half of the year. This year during the same period 30 assaults were recorded, a reduction of 40%.

Deputy John McGuinness told the Kilkenny People that ‘we must be prepared to fight to save the high ranking garda presence that has been established over time in County Kilkenny and the neighbouring counties’.

“The new structures proposed by the Commissioner must enhance what we already have rather than diminish it in any way,” he said.

The Fianna Fáil deputy praised local gardaí for their trojan work which results in massive improvements on the ground for people living and working in Kilkenny.

“Communities have worked hard with the gardai to successfully build a strong community policing model. The gardai have had huge success in fighting crime based on this model. It would be a retrograde step to dilute this effort in any way.

“Kilkenny must be the hub for any change as it is a natural centre of administration with an already established reach into all neighbouring counties.

“Senior gardai will have huge responsibility in the proposed expanded areas of operation. Because of the geographical size of the areas greater supports will be required by garda management and much more gardai will be needed on the ground working closely with communities and local authorities.

“The government must provide the funding necessary to achieve all of this change in a seamless fashion.
“Kilkenny is a well established centre of operations and must remain so. No ifs , no buts!,” added the deputy.

Meanwhile Minister for State John Paul Phelan (Fine Gael) said he would do everything he could to ensure the headquarters will remain in Kilkenny.

Deputy Kathleen Funchion (Sinn Féin) also said it was important that the divisional headquarters be located in Kilkenny.
“It’s important that Kilkenny Garda Services remain focused in Kilkenny and are not re directed to an area or region that does not know the needs and wants of this community.

“We have already suffered with closures or reduction in services of some of our rural stations. This will be a further erosion of power and is unacceptable given the important role the gardai play in local communities.”

Deputy Bobby Aylward (Fianna Fáil) said he would be delighted if the headquarters were based in Kilkenny as ‘it would be geographically central to all counties concerned’.