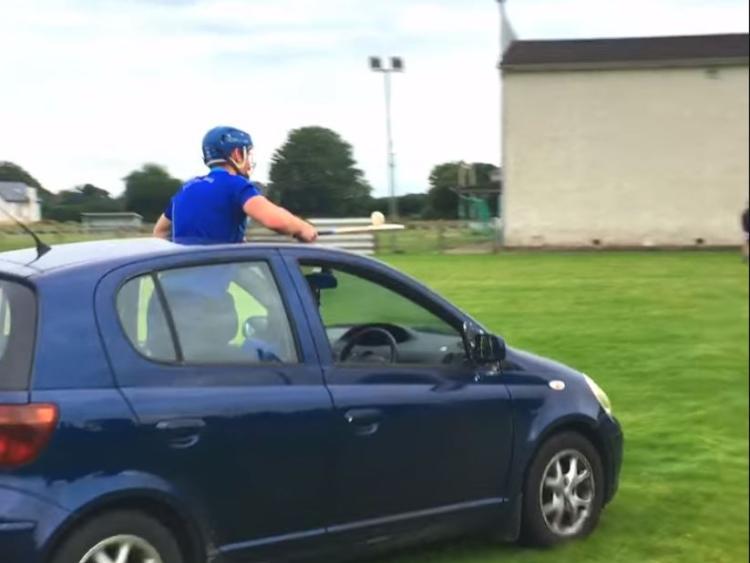 A local GAA club is going all out in an attempt to win the coveted prize of a brand new Subaru Impreza.

TG4 and Subaru Ireland are currently running a competition calling on clubs to submit a short video outlining why they feel they deserve to win the car. Lisdowney GAA Club has entered an off-the-wall video featuring some unusual (and skillful) vehicle-related hurling/football manoeuvres on the pitch.

Bonus: The backing track is Ar Scáth a Chéile by Seo Linn. Have a watch:

"We're always looking for new inventive ways to shake our hurlers into shape for championship," say the club on Facebook.

"When we saw Subaru and TG4's competition to win a Subaru for our club, we were immediately intrigued. Hence, the boys went down to the pitch to test out some new modern training ideas. Our poor old car could only push them so much, so winning the brand new Subaru could really kick them into shape."

"Although the video is a bit of fun, winning the competition would quite literally change the future of our club and help us reach our ambitions," say the club.

A quarter of the marks in the judging process will be awarded according to the number of ‘Likes’ the video has received. The other 75% will be awarded by the panel based on the video submitted. So get liking, and help out the local club!