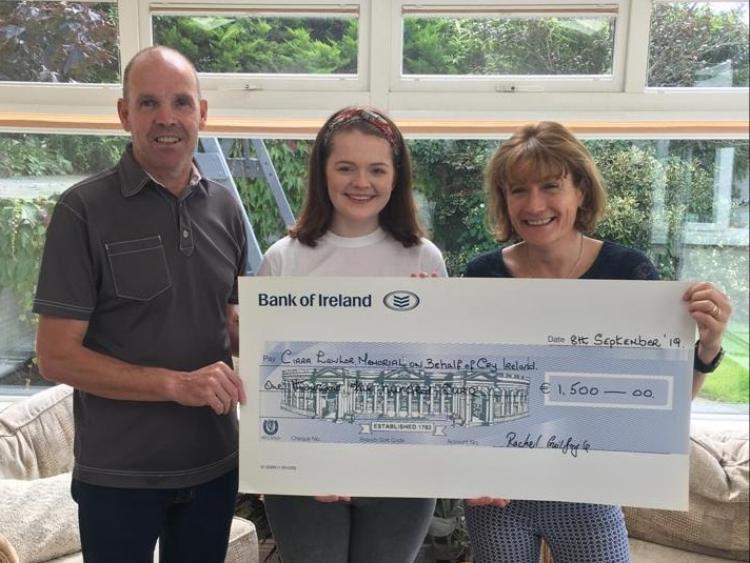 A kind-hearted Kilkenny teenager did a parachute jump in memory of cousin and raised money for the charity (Cardiac Risk to the Young).

Rachel Guilfoyle from Urlingford raised €1,500 which she donated directly to the charity which raises awareness of the condition know as Sudden Cardiac Death or Sudden Adult Death Syndrome (SADS) through media campaigns and information meetings.

Ciara's parents, John and Eimear were delighted with Rachel's poignant tribute to their daughter. 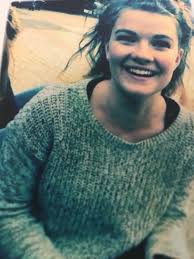 "I was astonished when Rachel contacted me that she wanted to do a parachute jump in memory of Ciara. It is just over three years since Ciara died, and I understand that people move on, and a part of my life has moved on with the two boys, but there will always be one strand of my life that is stuck in the same place.  For me, that is a sadness I will always carry and it’s a huge comfort to us that people still think of Ciara. Also, I think it’s a very brave gesture, especially since I have a fear of heights," said Eimear.

C.R.Y. provides free counselling and support for families affected by sudden death or cardiac conditions. It also has a support Centre for Cardiovascular Risk in Younger Persons (CRYP).
Ciara Lawlor, who was a student at the Loreto Secondary School at the time, died suddenly during a Kodaline concert from a heart condition in July 2016. The band attended her funeral to pay their respect to the teenager’s family and have since dedicated a song, Angel in memory of the 17-year-old.

All services provided by CRY Ireland are free. CRY is a self-supporting registered charity.

It does not receive any government funding and is consequently dependent on fund-raising activities and private donations.
The majority of the funds raised for CRY go into the Centre for Cardiovascular Risk in Younger Persons at Tallaght Hospital.
To date, over 5,500 individuals have been seen at the centre.