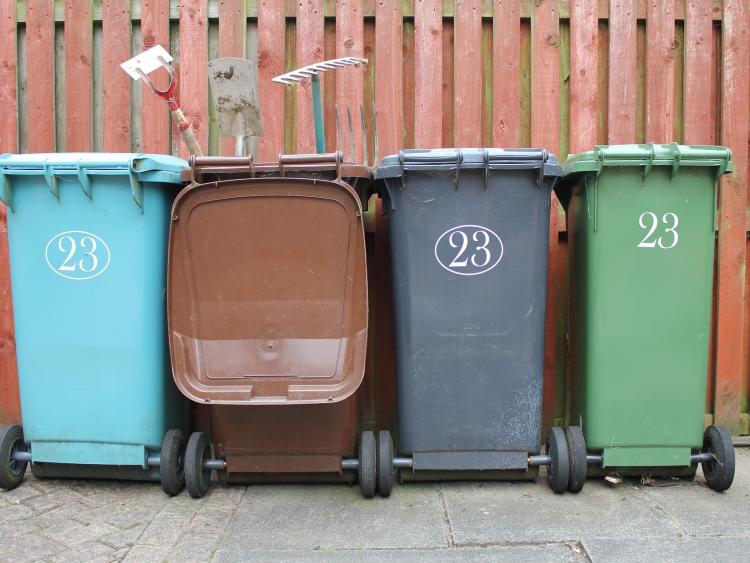 In any town or village with a population of 500 or more people, the operator is obliged to provide a brown bin

Residents in certain Kilkenny City estates can shortly expect a knock on the door from council officials asking them to prove how they dispose of their household waste.

A ‘day of action’ door-to-door campaign will be trialled early next month in an attempt to clamp down on illegal dumping.
Kilkenny County Council carried out a similar campaign several years ago, but it was focused on awareness, as the legislative ‘teeth’ were not in place to pursue people. However, new waste bylaws came into effect this year, obliging households to have a contract in place with an authorised waste collector or provide proof of regular use of an authorised waste facility.

At the September meeting of the Piltown Municipal District, environmental awareness officer Bernadette Moloney confirmed the campaign would be first trialled in the city before being expanded to other areas.

“We are going to focus all of our efforts to try and get to everyone,” she said.

The waste enforcement team will also be asking people whether they have a third, ‘brown’ bin, which is required to segregate food waste —and, if not — if the service provider was ‘dragging their heels’ in terms of providing this bin.

Cllr Fidelis Doherty expressed frustration in relation to contractors not coming to certain parts of the county.

“The council are seeking to support people and people are willing to engage with the waste collection, but it is not happening,” she said.

“They’re told ‘big trucks can’t get up’, but yet tractors, combines can get up.”

Ms Moloney agreed there may be an issue there in some cases, and the council is engaging with the collectors.

“They can’t cherry pick places with high density and ignore the rural areas that are not as financially rewarding,” she said.

“It’s something we’ve to explore but it is definitely an issue.”

Director of services Sean McKeown said that in relation to the brown bin, in any town or village with a population of 500 or more people, the operator is obliged to provide a brown bin. He said there had been some ambiguity on that but it had since been clarified in meetings with the waste collectors, and there has been a large increase in the rollout and take-up.

Mr McKeown said that the council was interested in the areas of the county not being covered by the waste collectors, and — more importantly — the areas that were covered where people were not availing of the services. “What are they doing with their waste? What facility are they using?” he asked.

Mr McKeown said that the average household generates 850kg of waste each year. While the majority of people are compliant, if even ten households are unaccounted for, that equals more than eight tonnes of waste. These households will have to provide evidence of how they dispose of this waste. Leaflet drops have taken place door-to-door, and the matter has been discussed numerous times, so the next step is this ‘intensive approach’, including, every so often, ‘a blitz’.

Cllr Eamon Aylward welcomed this, and said it was ‘not before time’. He said he had been calling for a national database of people signed up to waste management collectors.

Mr McKeown said there were some issues around data protection in terms of such a database. However, he said there were six authorised waste collection services operating in Kilkenny, and they had been asked for information in relation to the areas they cover.