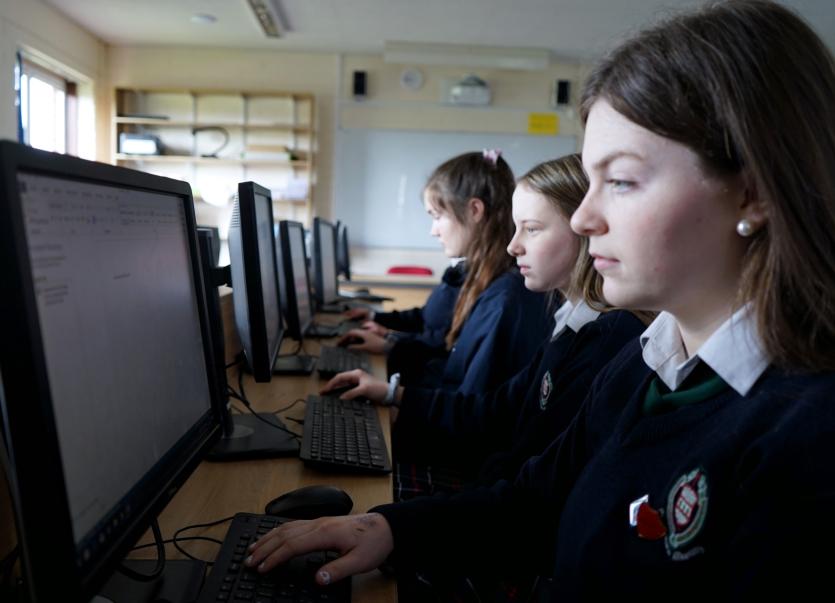 Presentation Secondary School in Kilkenny is preparing to welcome fifth and sixth class pupils, their parents and guardians to the long-awaited open evening at the school on Thursday next, September 26, starting from 6pm.

Speaking ahead of the open evening, Principal, Mr Shane Hallahan, said it’s important that any pupil considering their options for September 2020 or 2021 would take time to visit the school and see what Presentation Secondary School has to offer.

The school has grown its draw from within the city and surrounding villages and towns to outside the traditional catchment area. It now includes growing numbers of pupils who travel daily from Durrow, Kilmanagh, Gowran, Callan, Borris and Inistioge among other places.

Teachers, staff and pupils will be on hand for the open evening which includes a tour of the extensive school premises as well as short addresses from Mr Hallahan, the school’s guidance counsellor, Elaine Murphy, and Head Girl Rachel McInerney and Deputy Head Girl Rose Cotter.

The school made academic history last month when, for the second year in a row, one of Presentation Secondary School’s Leaving Cert pupils achieved the highest possible grades in all her exam subjects, receiving a jaw-dropping eight H1 grades. Presentation Secondary School is the only school in Ireland who can boast that one of their students has been the only female student in the country to achieve such academic success two years in a row, 2018 & 2019.

Mr. Hallahan said:“As well as having a very strong academic record, there’s a major focus on student wellbeing in our school. The school readily acknowledges the challenge it can be for pupils entering secondary school and in response we have assigned a dedicated teacher who is responsible for our 1st year induction programme and in assisting the students in settling into their new environment.”

It’s an historic era for the 784-pupil school as its €16 million new school project has gone to architectural stage. It is expected that planning will be lodged in January. The new building includes state-of-the-art science, technology, engineering and maths laboratories, unrivalled sporting facilities and more.

The new school will be two and a half times the current building size and works are scheduled for completion around the time the newest recruits start into second year. The existing school building will be completely renovated as part of the investment plan. The additional space will allow Presentation to further increase the number of subjects it offers.

Having recently made Science as a core subject for Junior Cycle, the school will be in a position to introduce Technology and Technical Graphics while growing numbers are already taking Agricultural Science and Applied Maths. The state-of-the-art facilities will allow the school to really increase their offering across the STEM subjects of Science, Technology, Engineering and Maths – all key drivers of our economy into the future.

“We are very proud of our academic achievements. Having students with 8 H1’s two years in a row is unheard of. But we’re equally focused on ensuring that our pupils enjoy a study/life balance. Last year, 2018/2019, was a great year for the school. We celebrated everything from being crowned u15 and u17 A soccer champions to 7-a-side A camogie champions. Our basketball and volleyball teams reached national play-off finals while our Junk Kouture creation was chosen to perform in the 3 arena. Our choir won the Sligo International Choral Festival and our Transition Years collaborated with St. Kieran’s College on a variety show – a relationship the schools hope to foster as presently rehearsals are underway for this year’s production of ‘Grease’, the musical”.

“The School was awarded an Amber Flag for Mental Health Awareness, we won the SciFest Physics Award and 18 of our current 5th year students will represent Ireland at the International Empire Law Mock Trial competition in New York this October. We swept the boards in that competition nationally winning best witness, best barrister and the best team ‘Paul Carney Memorial Cup’ award,” Mr Hallahan added.

Application forms for Presentation Secondary School will be available on the Open Night and the closing date for applications is 5pm on Monday, October 7, 2019.