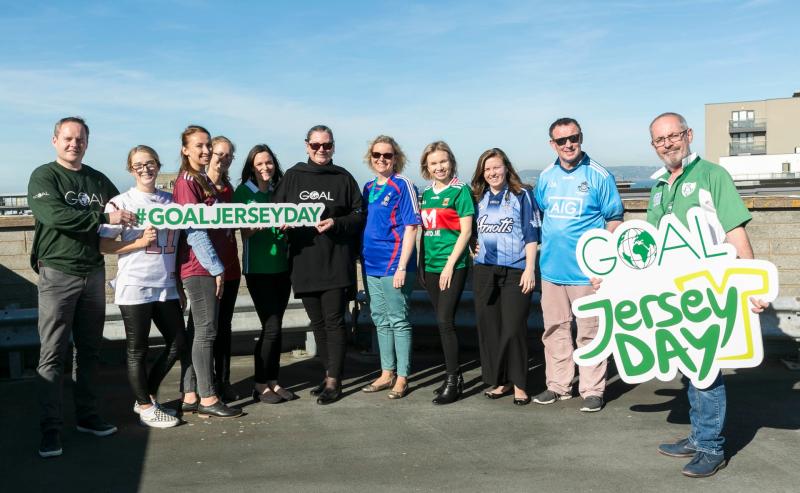 GOAL Jersey Day Will Be Held On October 11th

Kilkenny GOAL Ambassador, Richie Power, has appealed to the people of his home county to show their true colours and get on their kit for GOAL Jersey Day which takes place nationwide on Friday, October 11th.

School, businesses and organisations throughout County Kilkenny are being encouraged to sign up to GOAL Jersey Day and wear their favourite sporting strip and raise vital funds for the world’s most vulnerable communities.

Richie said: "As a proud GOAL patron and Kilkenny man, I’m calling on the people of Kilkenny to turn the county black and amber on October 11th for GOAL Jersey Day. It’s been a great year for the team, and we have a lot to be proud of, so I’m asking schools, businesses and organisations to sign up to Jersey Day, show your county colours and donate what they can to help GOAL continue the great work they do in 13 countries."

All money raised will go towards GOAL’s work in emergency response, health, nutrition and sustainable livelihoods in 13 of the world’s poorest countries.

GOAL’s Director of Fundraising & Marketing, Eamon Sharkey, said: “GOAL Jersey Day is one of Ireland’s longest-running fundraisers, and has been in existence for more than three decades. Last year more than €150,000 was raised to support our work all over the world and we are appealing to the people of Kilkenny to once again support us - and have fun at the same time."