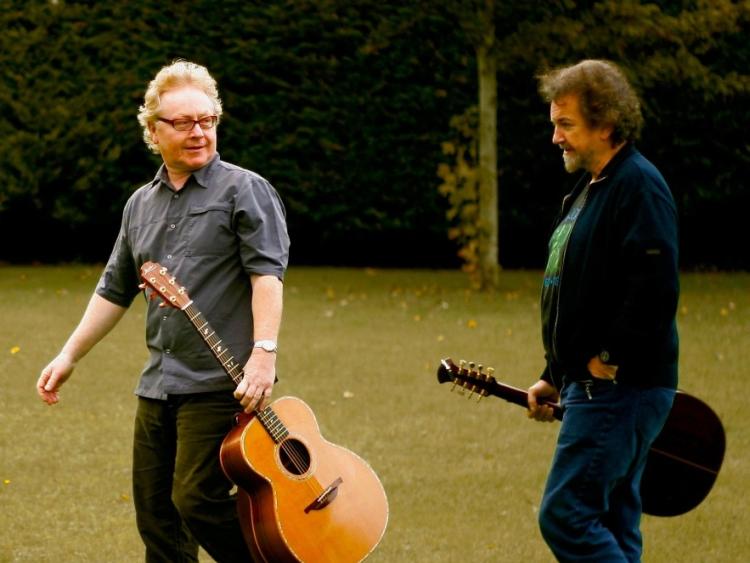 By popular demand Andy Irvine and Paul Brady kick off their tour at Kilkenny Tradfest - playing on March 14, 2020 at  The Hub as part of their tour  that celebrates their now classic and iconic album of folk song and traditional music which was released in 1977.

And tickets for the Kilkenny Trad Fest show go on sale this Friday, October 11 at 9am from ticketmaster.ie and Set.ie

In May 2017 they decided, due to the albums’ still immense popularity, to do an Irish tour of live shows marking the 40th anniversary of the albums’ release. It was so successful that it was repeated in 2018 taking it to sold out events in Ireland, London and Prague.

The show features songs and tunes from the album and many other musical masterpieces that Andy and Paul have performed throughout both of their illustrious careers and, as on the previous tours, they will be accompanied by Dónal Lunny and Kevin Burke both of whom were players on the original album recording, Dónal also acted as producer on the original recording.

Speaking following the announcement, Cllr Malcolm Noonan, Chairperson of Kilkenny Trad Fest said that it was a long held ambition of the committee to bring Paul and Andy together to perform this classic album; ‘their 1975 album was recorded when Planxty split for a time and they left us with not just one of the great traditional / folk albums of all time but with one of the most influential Irish records ever.  It’s a record that is singularly responsible for forming so many bands and indeed Paul’s version of ‘Arthur Mc Bride’ on the album was hailed by Bob Dylan as one of his favourite recordings. We are in for a real musical treat on March 14th 2020’

Now due to many requests they will tour the show again in March 2020, this time in Ireland and Scotland. The shows can be seen at the following venues -