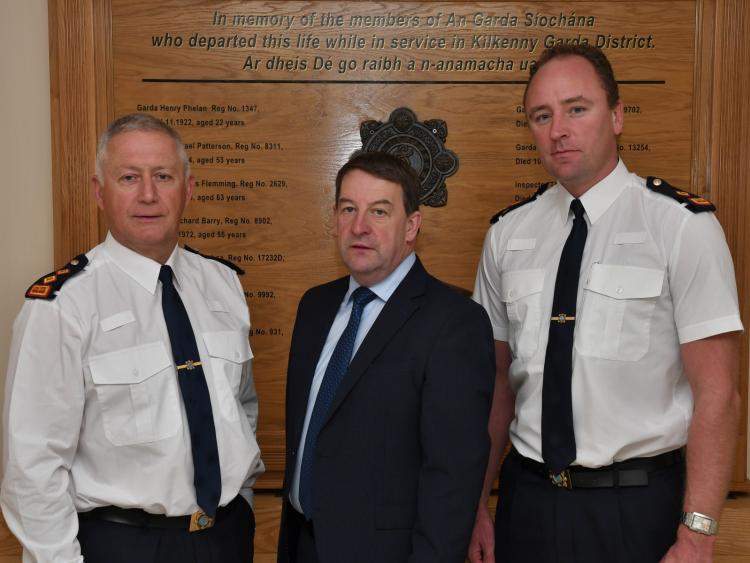 At the first meeting of the new council term on Friday, Cllr Andrew McGuinness (FF) proposed his colleague, Cllr Fitzpatrick. He said the North Kilkenny councillor had been an active member of the committee for the previous five years.

“I believe he will be a fantastic addition as chairperson,” he said.

The nomination was seconded by Cllr Pat Dunphy (FG), with no other nominations.

Cllr Fitzpatrick said he was delighted to be appointed as chairman, and looked forward to the work ahead. He said the JPC was perhaps the most important committee in recent years. He paid tribute to his predecessors Cllrs Fidelis Doherty and Patrick McKee for their work stewarding the JPC.

The Fianna Fail councillor said policing here was heading into a difficult time with the restructuring and amalgamation of garda divisions, and “I wouldn’t be happy with what I’m hearing, and I want to hear more about it,” he said.

Cllr Martin Brett was nominated as vice-chair. He was proposed by Cllr Pat Dunphy, and seconded by Cllr McGuinness.