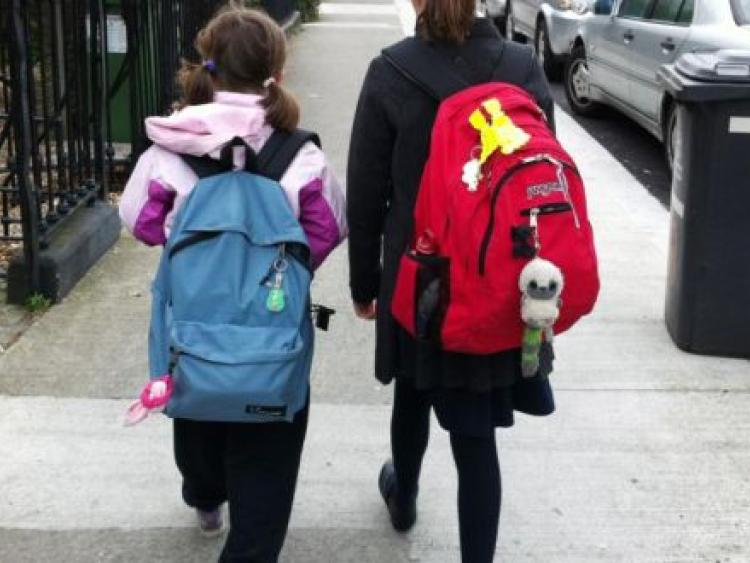 File pic: Walking buses’ could form part of the solution to traffic gridlock

‘Walking buses’ could form part of the solution to traffic gridlock and parking problems around schools in Kilkenny, according to one local councillor.

Green Party councillor and Local Government spokesperson Malcolm Noonan was discussing the parking challenges at St John of God, De La Salle and Granges road schools. He said that a pilot scheme introduced to St Canice’s National School a number of years ago was successful on the days the walking bus was in operation and led to a significant reduction in congestion around the school and in the school yard.

‘The principle is simple; parents drop their children at a designated ‘bus stop’ which is signed, a short distance from the school. From here volunteer parents and older students with hi vis vests, lead the walking bus to the school. It is a scheme which has been successful in other European cities and I think if it were supported by schools here, could work very well," says Cllr Noonan.

The Green Party councillor has told his colleagues that a similar scheme had been negotiated with between the council and the two supermarkets at Loughboy roundabout. He said that signage was made but that it now lies in the council yard because the scheme was never implemented.

Cllr Noonan said that the local authority needed to work to develop an ambitious mobility management plan for the city to deal with the increase in traffic on all routes and that the Central Access Scheme had done nothing to alleviate the problem.

"I do believe that a combination of walking buses, our new public transport service and education and awareness programmes for cycling and walking could make a positive low cost impact on traffic volumes in the city and make for a healthier and safer urban space for all," he said.