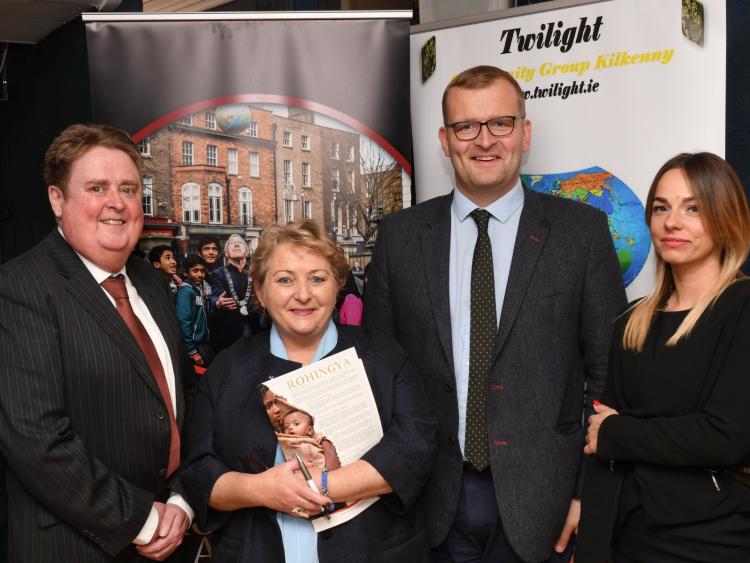 The conference, organised by the Twilight Community Group, heard of plans to establish an international cultural house in Kilkenny City in the months ahead.  Chairperson Murty Brennan asked those in attendance for their input on what the cultural house should entail.

“It will be a chance to get to know people, to learn about their cultures —this way there will be real integration,” he said.

Among the other speakers on the day were Minister of State John Paul Phelan, Mayor of Kilkenny Martin Brett, while Equality, Citizenship, Rights and Activism lecturer Stephanie McDermott spoke on inclusion and her experience with the persecuted Rohingya community,

Samantha Ncube spoke of her own experience of Direct Provision, while Des Tomlinson of the FAI spoke about integration through sport, and Daniela Kocis Fitzgerald spoke of her experience of establishing a business in an adopted country, and working with others in the professional sphere.

Cllr Malcolm Noonan said there was a noticeable rise in hate speech, and “intolerance starting to creep into society”. The Green Party councillor said he suspected a future government would have to one day apologise for Direct Provision.

Principal ofGaelscoil Osraí Seán Ó hArgain spoke about the prevalence of a monoglotic culture, and the challenges of protecting native languages.

Founded in 2014 to facilitate the twinning of Malbork in Poland and Kilkenny, Twilight has developed into a pan-European community group and registered charity.