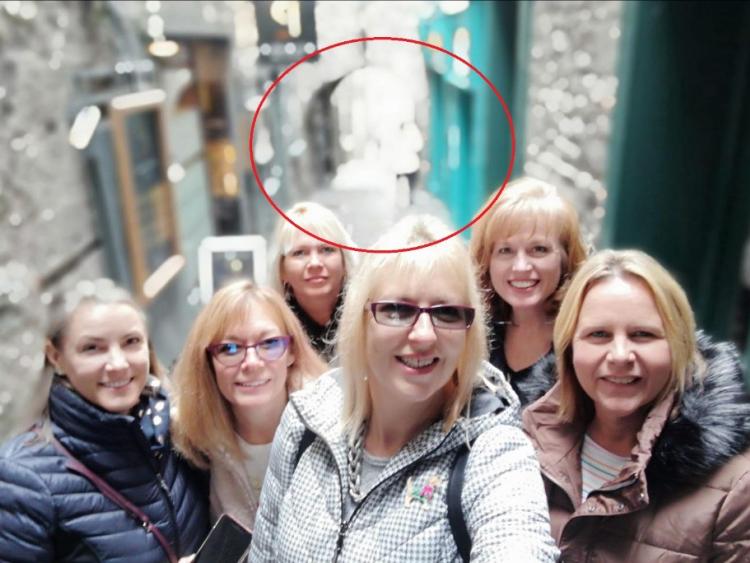 Kilkenny was recently named 'one of the most haunted places in Europe' by Travel+ Leisure magazine and the city now looks full value for that accolade following the appearance of a unexplained spectre in a recent visitor's group selfie photo.

Jane Edmunds, one of the visitors in the image, got in touch with Kilkenny People to share the story of how and when her friend snapped the pic.

"It was taken at The Butter Slip on Tuesday, October 22nd by my friend on her selfie stick.

"It wasn’t until a couple of days later that we noticed the ghostly image in front of the arch behind us.

"It is clearly an image of someone and no one, as yet, has come up with an explanation for it."

Jane and her friends spent the day in Kilkenny through a bus trip while spending a few days in Dublin.

So what do you think? Is it a coincidence? A trick of light? Or something else altogether?

Putting speculation aside, one thing is certain - the history and lore of Kilkenny's medieval streets continue to captivate the imagination.