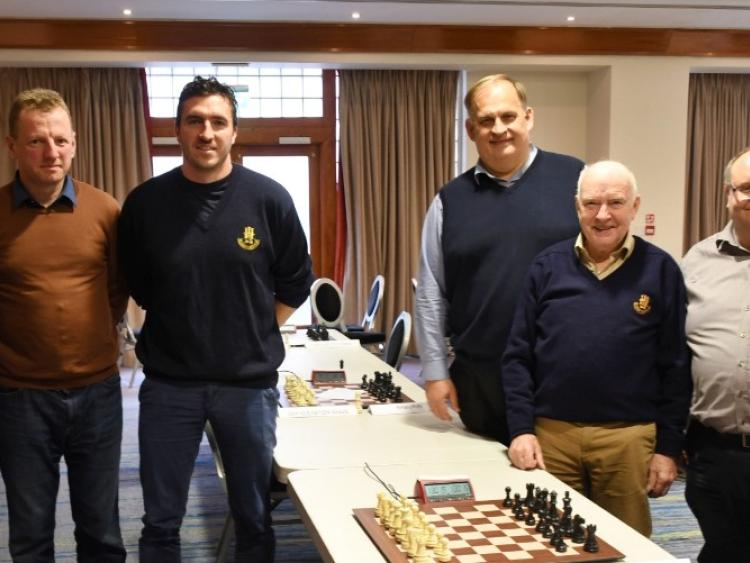 Over 180 people took part in the ever popular Kilkenny Chess Congress over the weekend. Many of these were overseas visitors who return in larger numbers to the city every year.
Competitors from Syria, Russia, Germany and Britain  moved between the venues; Kilkenny Ormonde hotel and the Club House Hotel, Kilkenny.

Many were accompanied by families and partners, ensuring another bumper weekend for the city.

The event seems particularly appealing to Gallic players. Writing on the Irish Chess Union website, Gerry Graham said the French players love coming to Kilkenny each year, but why?
“There is, undoubtedly, something special about the atmosphere created at the Kilkenny event, it was always my favorite tournament when I was playing, but, it's not just this either.
The event is played right in the centre of Kilkenny, the players are free to explore the city and all the amenities it has to offer, both in between rounds and well after them.
“Of course, this is all part of the dangers too, there are often a few players who don't show up for "reveille" that is the 9:15am start for round 5 on Sunday morning,” Gerry admitted.

It is now the longest running chess tournament in Ireland. First held in 1977 to promote chess locally it has since grown and is now an internationally recognised event.

Captain of Kilkenny Chess Club, Maurice Buckley, paid tribute to the players and the local volunteers who do so much to promote Kilkenny and ensure the smooth running of the event. He was particulary thankful to the German visitors to the congress with three coming from the German city of Ulm.