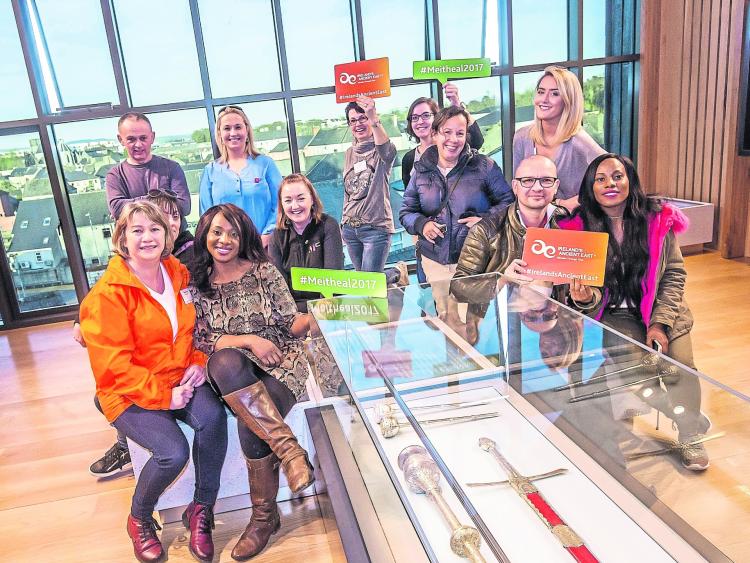 Plans to renovate and upgrade Kilkenny’s historic City Hall — the Tholsel building — will be an addition to the Medieval Mile Museum, helping to take the overall offering to the next level.
The museum, in the preserved and renovated former St Mary’s Church, is operated by Kilkenny Civic Trust, having opened in early 2017 after years of painstaking work. It sees over 25,000 paying visitors per year pass through its doors, including an increasing number of domestic visitors. CEO 0f Kilkenny Civic Trust Ciaran Conroy also says there have been visitors from over 30 countries, while the museum has entertained a host of world travel writers, and has a strong presence on Tripadvisor.
The process for bringing forward plans for a substantial overhaul to the Tholsel building have certainly been informed by the process around St Mary’s Church. Stakeholders have learned from the experience and the resulting feedback. Chief Executive of Kilkenny County Council Colette Byrne says it’s important to take the time with the Tholsel, and to seriously look at what can be done that will also complement the museum.
“One of the challenges is getting your front door onto the busiest street, and by doing the Tholsel, it allows us to get the front door for the museum onto the street,” she says.
“It will allow us to operate the Tholsel and the museum as one entity. As in, the tourist attraction as one entity — obviously the civic part of the Tholsel still remains with the council. But the tourist element will be operated by one entity, you aren’t duplicating overheads etcetera. It will be the same people who will be managing the two. I think it will be good for the people of Kilkenny to see the Tholsel done.”
Part 8 for the project has been approved, and the council’s challenge now is to try and source as much funding as possible at national level. The museum would not have been possible without funding from Fáilte Ireland, and Kilkenny will again attempt to avail of this under the next phase of Fáilte Ireland’s capital funding.
“We got some funding from them to actually do the plans and now we will be moving ahead again, and when it comes to them making the assessment, you have to prove it’s going to bring in numbers, in particular, international visitors,” says Ms Byrne.
Tying in with Fáilte Ireland’s vision for what’s needed as well as facilitating local demands is a task for those progressing the project to the next stage. While the Medieval Mile Museum was a serious feat in terms of the sheer amount of conservation required, the Tholsel will provide new challenges, not least in terms of what exactly it is to offer, and to whom.
“We don’t have a coffee shop in it, we have limited retail,” says Ms Byrne says of the museum.
“For most tourist attractions, they would say that a third of your income should be coming from something other than ticket sales. So the whole complex when it’s done — and I’m not particularly talking about the Tholsel there — but there are three alms houses in the vicinity, between the Shee Alms House becoming vacant with the moving of the Fáilte Ireland office, and then the two alms houses in the grounds of St Mary’s.”
There is also a wider debate to be had about how the intricate laneways of the city are to be used and best capitalised on going forward.
“The lanes at the moment are almost seen as back lanes,” says Ms Byrne.
“We need to bring them very much back in to play. If you look at them, they connect from Kieran Street, Rose Inn Street, the High Street.”
In terms of a timeframe, assuming funding is forthcoming for the Tholsel project, the council estimates at least 18 months for the necessary works. With an application to Fáilte Ireland first quarter next year, and a decision on that before the end of 2020, it could be looking at a completion date sometime in early 2021.